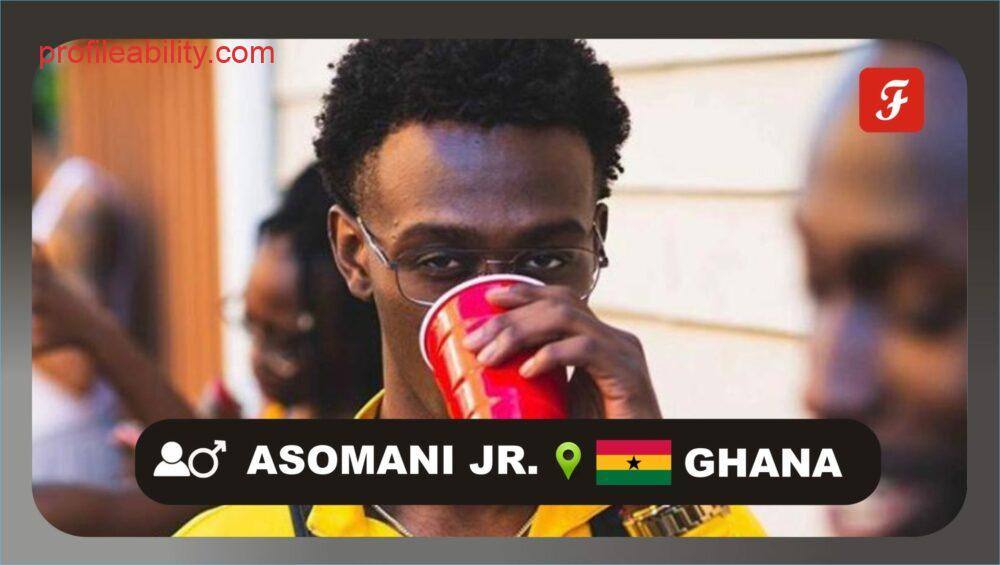 Asomani Jr.(Jeffrey Asomani) born on April 18th in the year 1997 is a 22-year-old Ghanaian Afrobeat musician based in the U.S. He was born in Accra, Ghana but left for Italy with his family at the very tender age.

At the age of 9, Asomani Junior was taken to the United States where he discovered his love for afrobeats.

Irrespective of the different genres of music he’s been exposed to,Asomani Jr. personally considers himself to have his own genre of music called Afrovibes, which has a lot of afrobeat & different flavors of pop mixed into it.

Asomani Junior has been involved with all types of art including writing, graphic design, photography & editing, so overall musician is a very creative individual. Connect with Asomani and follow him on his journey.

Asomani jr - Stuck in a Maze