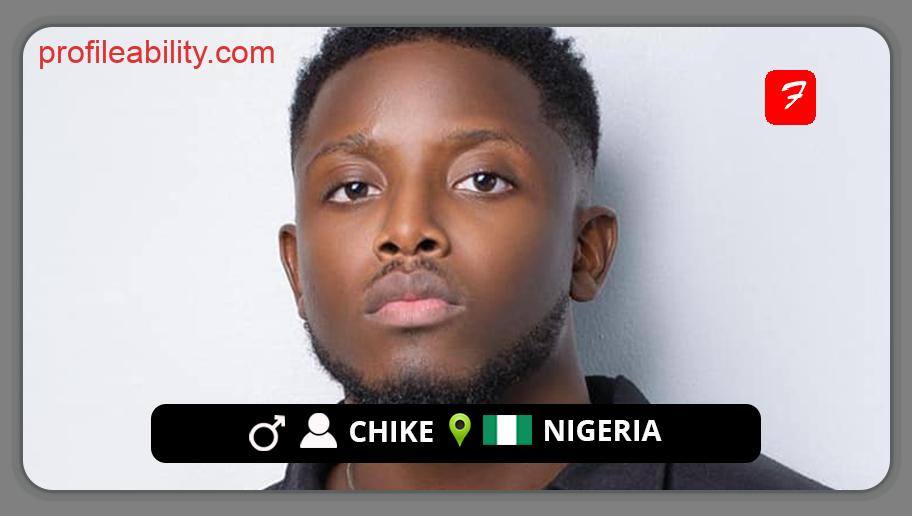 Chike, born Chike-Ezekpeazu Osebuka on January 28, 1993, is a rising Nigerian celebrity. He is an actor, singer, and composer best known for his appearances on Project Fame West Africa and The Voice Nigeria, two reality music contests.

Growing up in the heart of Onitsha, Anambra State in Nigeria, and hailing from a family of four children, Chike obtained a degree in Computer Engineering from Covenant University.

Born into a musical household, he grew up wanting to pursue music as a career.

After earning the vocalist of the year prize in high school, he began his career as a musician in 2009. Following that, he began working as a singer and composer, writing R&B songs. His melodious voice was breathtaking and noticeable by anyone who listens and comes across his sounds.

Soon after, he rose to prominence after competing in the 2015 edition of Project Fame West Africa and subsequently auditioning for The Voice Nigeria.

Chike got signed to the Universal Republic following his success on The Voice Nigeria. In December 2016, he released his debut track, “Fancy U,” on the label.

In November 2017, he left Universal Records to pursue a solo career, releasing acclaimed love songs such as “Beautiful People,” “Out of Love,” and “Amen.”

As an actor, Chike made his acting debut as Mayowa Badmus on Africa Magic’s blockbuster drama “Battleground”.

Chiké - If You No Love feat. Mayorkun (Live at NMNL)

Chiké - Running (To You) feat. Simi (Live at NMNL)

Chike - Watching All Over Me ft. Ada Ehi (Visualizer)

Chiké - If You No Love feat. Mayorkun (Official Video)