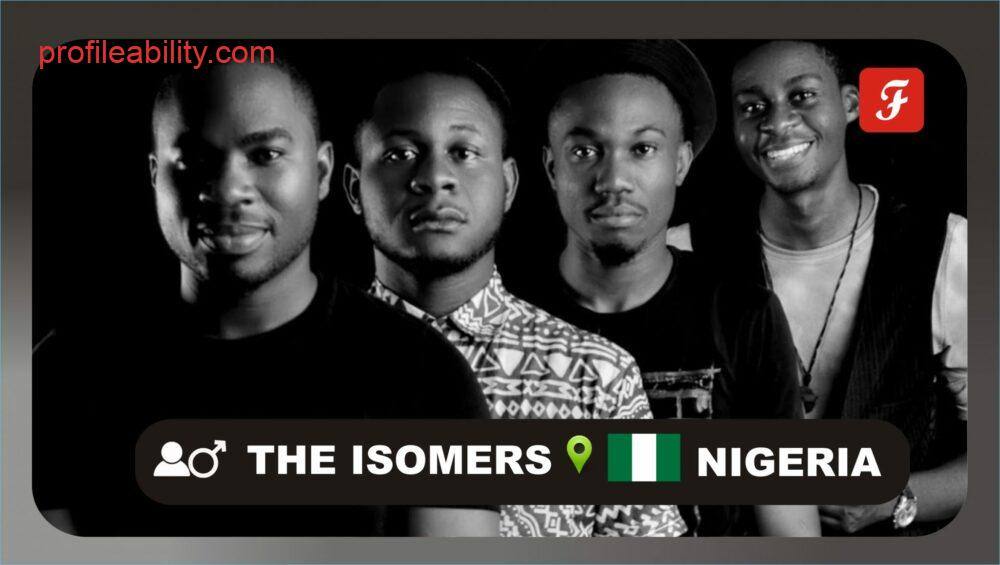 The Isomers released their self titled Ep in mid-2015 to critical reviews. Their melodic, eclectic and guitar-centric sound combined with poetic lyrics have placed them among the top alternative bands in Africa.

An Isomer is a compound with the same chemical formula but a different molecular structure. A fitting name for a young and talented group dedicated to making great alternative music

The Isomers - From The Chaos (Visualizer)

The Isomers - Keexs For 2

The Isomers - Live in Concert at FALANA ChapterOneTour, Abuja

The Isomers - Lunatic in Your Town (Live Session)