New dancehall artist Skeleton Wan is gradually becoming a household name in Ashaiman and its environs after rocking the stage with Stonebwoy and winning the hearts of music fans during the last edition of Ashaiman to the world concert. Born Desmond Kyei,  Skeleton Wan is signed to HDMEZ records and Read more…
By , 51 years ago

Anna Nana Ama Dadzie is a veteran Ghanaian backing vocalist, composer, and singer professionally known as NANA AMA. In 2021, she was honored by the 3Music Awards Women’s Brunch for her contributions to Ghana music over the past decades. Nana Ama was born in Accra, Ghana. She had her secondary Read more…
By , 51 years ago

Dimeji David Ogaosun known popularly as Dimi Keye is a Nigerian Afro-fusion singer/songwriter born on April 15th, 1997 in Lagos, Nigeria. “My genre is Afro-fusion, I am not just centered in Afrobeats or Afro-pop. Because of my R & B roots, there is a fusion between Afrobeats and R & Read more…
By , 51 years ago

Born Stanley Omah Didia in Port Harcourt, Rivers State, Nigeria. He spent most of his teenage years at the Marine Base where he started doing music as a part of a teenage rap group and went by the name Lil King. Years down the line, he dropped the mic and Read more…
By , 51 years ago

Ghanaian Afro Singer, Rapper, Fashionista, Songwriter and a performer Samiru Eliasu, known popularly as Baron Slanzy, He was born and raised in Akoon – Tarkwa, Western Region -Ghana. He began his musical career profession in 2014 during his Junior High School times. He is also in the fashion scene, which Read more…
By , 51 years ago 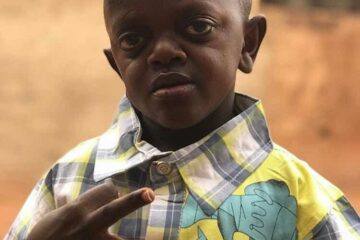 Grand M is a Malian musician and comedian who shot into the limelight thanks to his unique laughter and facial expression. His real name is Mohamed Nantoume. Grand M., his stage name, comes from a joke satirizing his stature and the M from his fanaticism to Lionel Messi, with whom he Read more…
By , 51 years ago

Mikel Cromwell popularly known as Mikey Benzy is a Ghanian born afrobeat singer from the central part of Ghana, a town called Saltpond in the Mfantsiman municipality. Mikey Benzy discovered his talent at the age of 16. He was born into a family of 3 two girls including himself. Mikel Read more…
By , 51 years ago

Andrews Commey Otoo popularly known by his stage name Mr. Drew was born on 10th June 1996 in Greater Accra Region. He is a young budding Ghanaian Highlife, Afrobeat musician, and Dancer/ Choreographer who placed first runner-up at Mtn Hitmaker 6 in 2017. He was also nominated as Unsung Artist during Read more…
By , 51 years ago

PROFILE Artistically known as DJ COZ, Collins Osazee Clifford (born November 30, 1992) is a Nigerian Afrobeat, Dancehall, Reggae, Hip Hop recording artiste from the Edo State of Nigeria. DJ COZ had his basic education completion in 2004 with a BECE certification. He then continued to study Science at the Read more…
By , 51 years ago

PROFILE Known in real life as Prince Ofori a.k.a Koofori,  Bosom P-Yung was born to a Cocoa purchasing clerk father and mother in Berekum in the Bono Ahafo Region. He is the youngest of five children of his parents and was raised in his hometown, Berekum. The “Attaa Adwoa” hit-maker lived in Berekum and Sunyani Read more…
By , 51 years ago

Roger Akutcha, known by artist name Di Higrade, is a US-based Afrobeat/Dancehall artist and a fitness model born and raised in Tema, Ghana. Growing up, he remembers constantly listening to music, finding comfort in the melodies, and the magic of it all. At the age of ten, Di Higrade learned Read more…
By , 51 years ago

Profile Abdoulaye Diop (born October 15, 1990), known professionally as Majestic Drama, is a music producer and songwriter who lets his African origins influence his diverse sound and set himself apart from the crowd. At the age of fourteen, Drama moved from his home in Dakar, Senegal to Albany, New Read more…
By , 51 years ago

Precious Aruoture Omoko with the stage name ThreeThree is a Nigerian Hip-Hop/Trap musician and Afrobeat artiste. He was born on the 5th of December 1996 in Lagos, Nigeria.ThreeThree has spent his whole life in Accra, Sowutuom where groomed. He started his music career whilst still in high school and was Read more…
By , 51 years ago

A Ghanaian born youngster Prince Samuel Amoafo Junior known in showbiz ask Yaw Juce is an RnB Hip-hop artists who hail from Kwahu in the Eastern region of Ghana. This fast and raising artist represents a town in the Greater Accra region known as Sowutuom where his music career started Read more…
By , 51 years ago

Asomani Jr.(Jeffrey Asomani) born on April 18th in the year 1997 is a 22-year-old Ghanaian Afrobeat musician based in the U.S. He was born in Accra, Ghana but left for Italy with his family at the very tender age. At the age of 9, Asomani Junior was taken to the Read more…
By , 51 years ago

Favour Iboyi Okokporo,(born 11 August 1991), known professionally as Yo6ix, is a Nigerian rapper, singer and songwriter. He is one of the prolific rapper and musician from delta state Sapele amukpe tropica, . Yo6ix started his music career when he was 10 years old. He recently released his debut studio album (Fuck Read more…
By , 51 years ago

Tems (Temilade Openiyi) is a Nigerian Music Artist, Singer-Song Writer, and upcoming music producer. She popped out in 2019 releasing inspiration music with her powerful Burnaboy like voice. Tems was raised by a single parent and had gone to Dowen College in Lagos. She began music generation at 20 years old. Her Read more…
By , 51 years ago
Welcome, visitor!