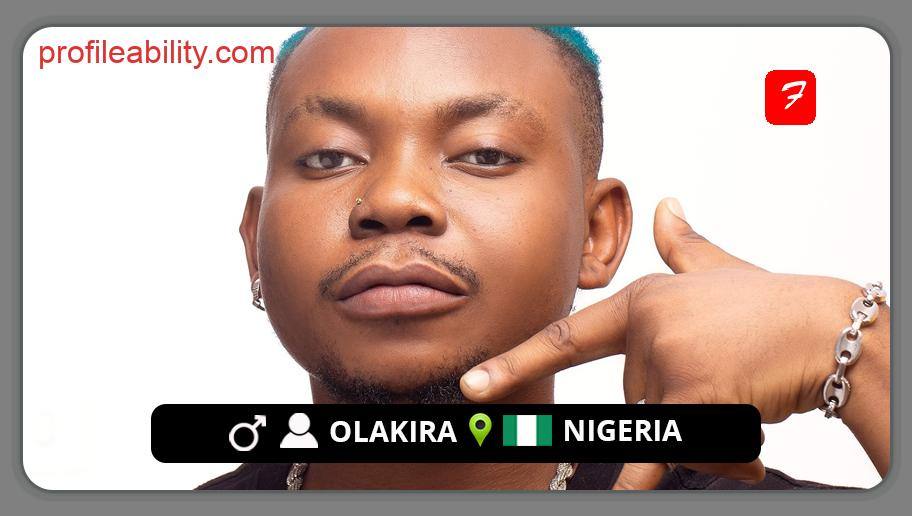 Olakira, whose real name is Adelusola Adefemi Ebenezer, is a renowned Nigerian Afro-pop singer, composer, producer, and percussionist who was born on September 27, 1990, in Ogun State, Nigeria. His musical journey was self-taught, and he has succeeded to uphold his predecessors’ heritage by mastering the craft, and he is doing very well in the music world.

He honed his abilities as an instrumentalist in his church choir during his childhood. Drum, piano, guitar, and saxophone are some of the musical instruments Olakira gained competence in while growing up.

He graduated from the Moshood Abiola Polytechnic (MAPOLY) in Ogun State with a degree in Mass Communication and Desktop Publishing.

Olakira began his musical career in 2015 when he was contracted to the U&I Music record label as a producer. Prior to his official dive into singing, Olakira had a successful career as a producer back in 2007 and has collaborated with a number of Nigerian artists, including Patoranking.

He made his formal entrance into the Nigerian music scene in 2018 with two debut songs titled “Hey Lover” and “Flirty Signal,” with the goal of producing high-quality musical material while enthusiastically establishing a fan base of both Nigerian and foreign fans as his career progressed.

In March 2020, he shot to fame with the release of another smashing track, titled “Aya Mi.” The song received a lot of attention, and a few months later, he released his biggest hit, “In My Maserati,” which became one of the most popular tunes of 2020.

Olakira is a singer who specializes in R&B, Afro-pop, and Afrobeat. With the help of U & I Music’s creative brilliance and the support of music fans all around the world, he aims to create an unforgettable imprint in the music business.

Olakira - In My Maserati [Visualizer]

Olakira - In My Maserati [Official Video]