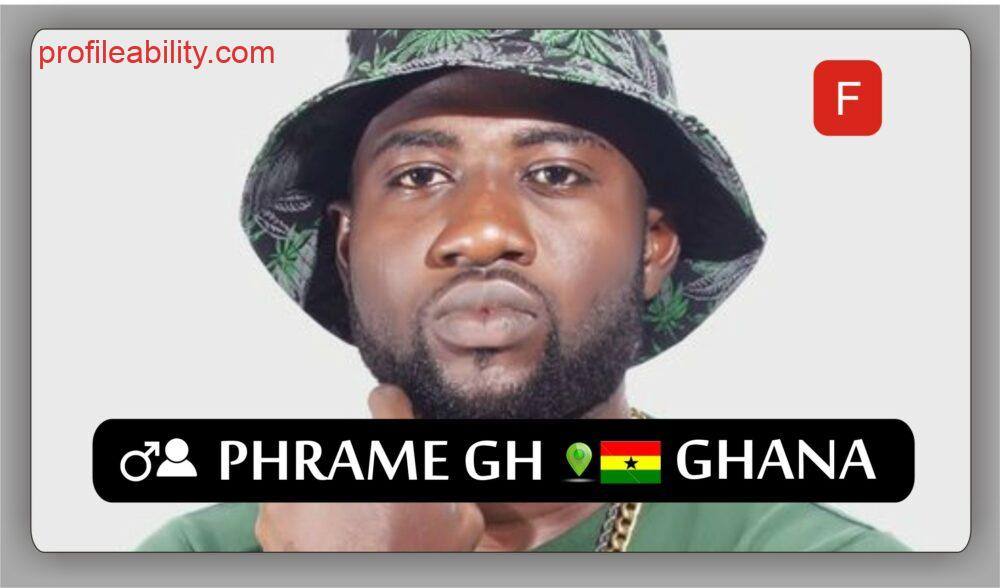 Phrame was born as Benjamin Arkorful (26th May 1991) in Accra in the Greater Accra Region of Ghana. He lived his early life in Accra. He was exposed to rap music by his uncle when he started listening to the likes of 50 Cent, Jah Rule, Obrafuor and other rap songs. It was at age 13 when he recorded his first demo song. He continued performing freestyle on radio shows, secondary schools, hotels to the admiration of many. The name Phrame was coined from his other passion which is painting. He took music officially in the year 2012 when he started going to professional studios to have his songs recorded. He had a chance to perform on the Sarkology concert at the Accra International Conference Center in 2013. He has also embarked on the Akuaba Concert Tour with Koo Ntakra which has taken him to places such as Amanfrom, Esikuma and Akosombo for performances.

In 2014, his breakthrough came when he got signed to Trump Music Group a record label where he recorded his first official single Recognize of which a video was shot for and it features Fimfim.

On 25th December, 2015 his label Trump Music Group in collaboration with Brinnels Pub organized a concert at Atico Junction, Bubuashie dubbed ‘The Eve Concert’for which he was the headline artiste. There were performances from MTN Hitzmaker II winner Koo Ntakra, Renner, Addi Govnor, Celorm, Tida, Dele, Gampinny and many more. The show got him to be called to replicate that on the 1st of January at ‘Ashanti Home Touch’ in Lapaz called ‘The New Year Concert’. This one also had Koo Ntakra, alongside CJay, Shynnie, TN Boiz and a lot more.

To commemorate the 59th Independence of the country, in partnership with Brinnels Pub ‘The Peace Concert’ was also hosted by Phrame having Fimfim, Koo Ntakra and many upcoming acts gracing it. It became the talk of his hood.

Plans were then made for an Extended Play [EP] to be released. The EP titled ‘Paapa’ has four songs which one features Awurama.

Paapa [EP] is expected to be released in the first quarter of 2016.