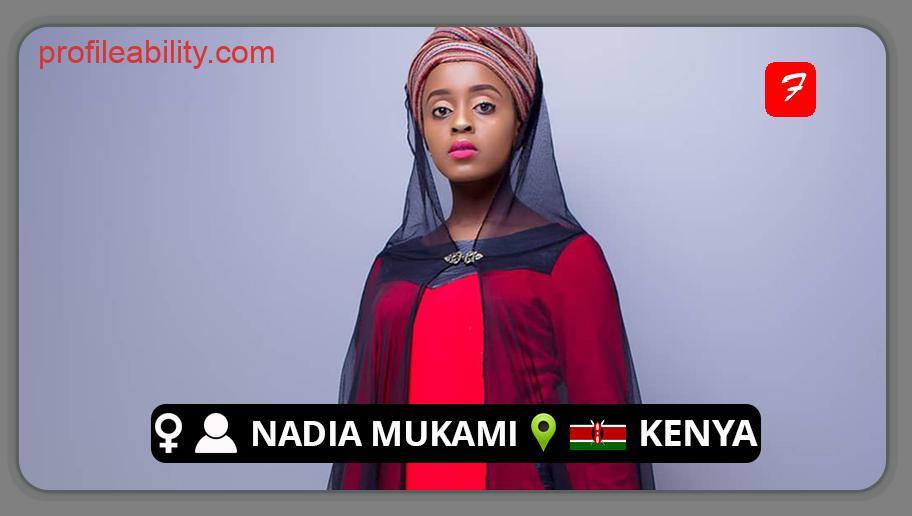 Nadia Mwendo Mukami, better known as Nadia Mukami, is a rising Kenyan songwriter, singer, vocalist, and performer. The Afro-pop singer was born on November 9, 1996, in Nairobi, Kenya, to a family of five siblings in Pumwani Hospital. Nadia hails from a devout Christian family that has been a rock for her throughout her life. Her tribe is half Kamba, half Embu.

She attended the Kari elementary school and completed her KCPE in 2009, having been nurtured with the proper standards and love. She afterwards enrolled at Kasarani’s Mount Laverna School. She worked really hard and achieved a B+ average through dedication. This gave her the opportunity to attend Maseno University and obtain a Bachelor’s Degree in Finance.

While still in college, the well-known musician launched her career in 2015, at the age of 18. Her father, who was a devotee of Taarab music, sparked her interest in music.

In 2015, she penned and released her debut song, “Barua Ya Siri.” She went on to record the massively successful single “Kesi.” The song grew in popularity and became a current smash. It opened numerous opportunities for her, including the chance to play with famous Kenyan stars on national venues like Blaze by Safaricom, The Nile Festival, and The Luo Festival.

She later won the Kipawa program on KTN. She was signed to the Hailemind Entertainment record company two years after her career took off, and she has since released a slew of other songs. In 2019, she made her coke studio Africa debut alongside Tanzanian Juma Jux and Mozambican Shellsy Baronet.

Nadia Mukami has already established herself as one of the region’s fastest emerging pop sensations and voices to watch. With popular tracks such as “Ikamate Hiyo,” “Si Rahisi,” “African Lover,” “Lola,” “Sio Juju,” “Yule Yule,” and “Radio Love,” she collaborated with Arrowboy. She is one of 2018’s breakout talents, with a musical style that combines smooth urban sounds with lyricism and Afropop.

She has so far collaborated with artists like Marioo, Sailors and Willy Paul.

GET TO KNOW MORE ABOUT REDLEAF MEDICAL PLAN- WITH THE CEO

My Pregnancy Journey Series - Episode 2 (B) How I almost lost a deal because of the pregnancy.