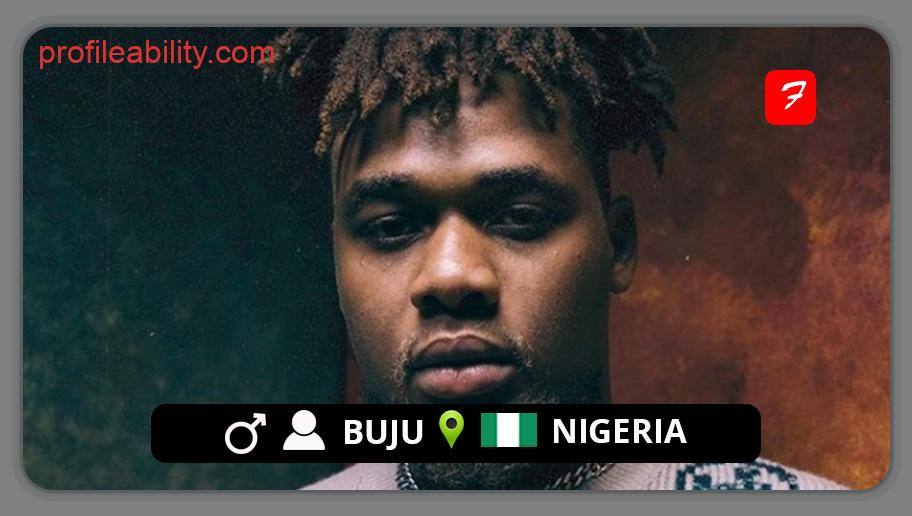 Daniel Benson is a singer/songwriter and rapper professionally known as Buju. He was born on the 14th of May 1998 in Akwa Ibom, Nigeria, but grew up in Gbagada, Lagos and subsequently relocated to Ogun State. His musical style is Afro-Fusion.

His name Buju is a coined acronym that stands for – ‘Beauty Underneath Just Understand’. Emerald Ridge High School was his alma mater.

Buju got his start when he was very young, rapping and singing in the church choir. He developed an interest in music and began writing songs while still in secondary school.

Initially known as ‘Drizzle,’ he subsequently changed his name to Buju. Greatly influenced by Burna Boy, Buju Banton, Damian Marley just to name a few, Buju came up with his own style.

He started his career in 2018 and is signed to Burna Boy’s Spaceship records. In February 2018, Buju released his debut single ‘’Catch a Vibe’’, which was followed by his second release ‘’A Day in Lagos’’ later that year.

In 2019, Buju released his debut EP, titled “To Your Ears”. The EP featured the likes of TMXO and Burna Boy. Again in 2020, he collaborated with Burna Boy on his smash track ‘’Lenu’’, as well as ‘’Spiritual’’ with Zlatan Ibile.

His album ‘’24Hrs In Lagos City,” which had ten songs, was published on November 20th, 2020. The album includes the songs “Follow Me,” “Sadé,” “Power To Heal,” and many more, and featured Trey Wavey, Andre Fazaz, and Kizz Ernie.

Buju has so far worked with a slew of Nigerian artists including Burna Boy, Ladipoe, SDC, Blaqbonez, TMXO, Lyta and many others.

Buju - I Do (Official Audio)