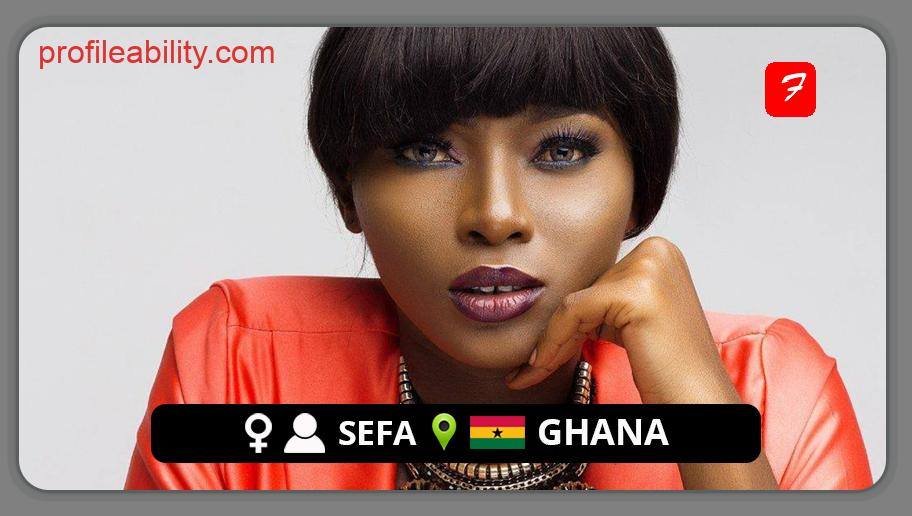 Sefadzi Abena Amesu is a vocally skilled female Ghanaian afrobeat artist who was born in the Northern area of Ghana on May 17th, 1995. Sefa, as she is professionally known on stage, is a composer and performer who is signed to DBlack‘s ‘Black Avenue Muzik’ label.

The prolific female songstress hails from Afife, a community in Ghana’s Volta Region, and is the born two of four siblings. Sefa is likewise of mixed ethnicity, having a father who is a Ewe and a mother who is a Northerner.

She graduated from Ola Girls Senior High School in Ho in 2014, and then went on to Accra Technical University, where she earned a Diploma in purchasing and supply in 2017.

She made herself recognized on Instagram while performing with live bands and events, chasing her dream of having a musical career.

However, in 2017, she secured a recording deal with Black Avenue Muzik and made her debut in the Ghanaian music scene with her first professional smash track, “Marry Me,” featuring Jupiter.

In May 2018, the young vocalist released her smash track “Shuga,” which featured DopeNation, a phenomenal Ghanaian music duo. ‘’Shuga,” a B2 produced single, quickly became a street smash.

Sefa’s debut album, titled “Growth,” was released in November 2020 under the Black Avenue Muzik label. Bisa Kdei, Praiz, Fameye, Medikal, DopeNation, Sista Afia, Wendy Shay, Camidoh, and E.L. are among the artists that contributed to the incredible body of work

She has now established herself as one of the finest female acts in the business, debuting as one of the top female acts that are finding tremendous success as she continues to display her skills not just in Ghana but throughout the whole industry.