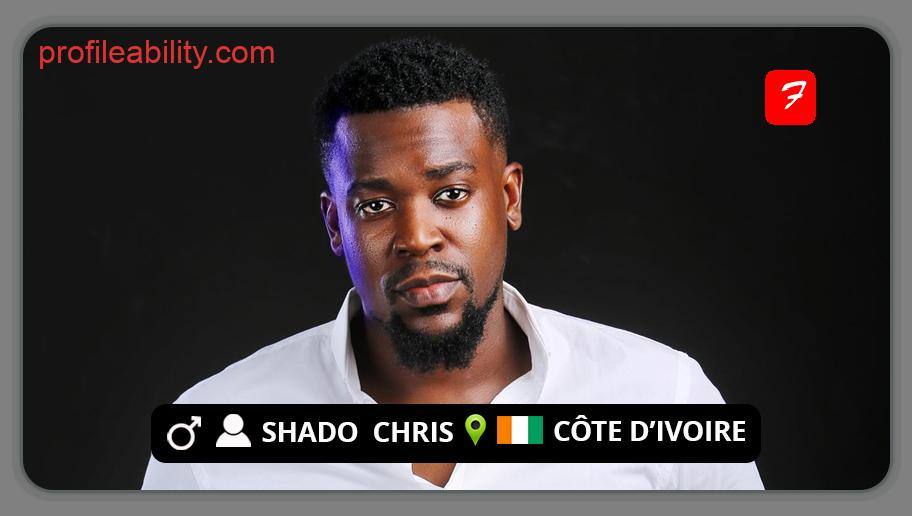 Falé Christian Djérianémé Marc-Alexandre, better known as Shado Chris, is an award-winning Ivorian singer, producer, and label owner whose skill is well-known throughout West Africa and beyond. Shado Chris was born in 1987 in Cocody, an Abidjan suburb, and is recognized for his dynamic mix of hip-hop, R&B, and dance music-infused pop.

Shado Chris grew up in Ferkessédougou, where he developed an early interest in music, particularly rap music. Michael Jackson, 2Pac, DDf 15-49, and Stezo are a few of the artists who influenced him.

He joined a local choir at the age of 15 and began developing his vocal abilities as well as teaching himself how to compose music on his computer.

He has a bachelor’s degree in telecommunications engineering.

Metizik, his self-produced debut, was released in 2008, and the process led to him opening his own recording studio. Gradually, he gained notoriety, and he was soon producing records for a slew of local musicians, including forming the Kiff No Beat band. More collaborations followed, including DJ Lewis, Debordo Doliziana, Bamba Ami Sarah, DJ Moasco, DJ Mareshal, Force One, and others.

He formally extended his sphere of interest by beginning his solo career with the release of his debut single “Mon Lahan” in 2014, followed by tunes like “J’S8 Jahin Prêt” with Serge Beynaud and “Said” with Runtown and Nasty C.

He has received numerous honours, including two 2016 Ivorian Music Oscar nominations for Best Male Artist and Best Music Video, a Gold Kundé nomination for Best Artist in West Africa, an Afrima Award nomination for his song “Noctambule” with Beninese artist Zeynab, and the RapIvoire Award for Best Beatmaker.

In 2017, he launched Aura Corp, a musical firm that has nurtured well-known musicians such as Kadia and D14, to mention a few.