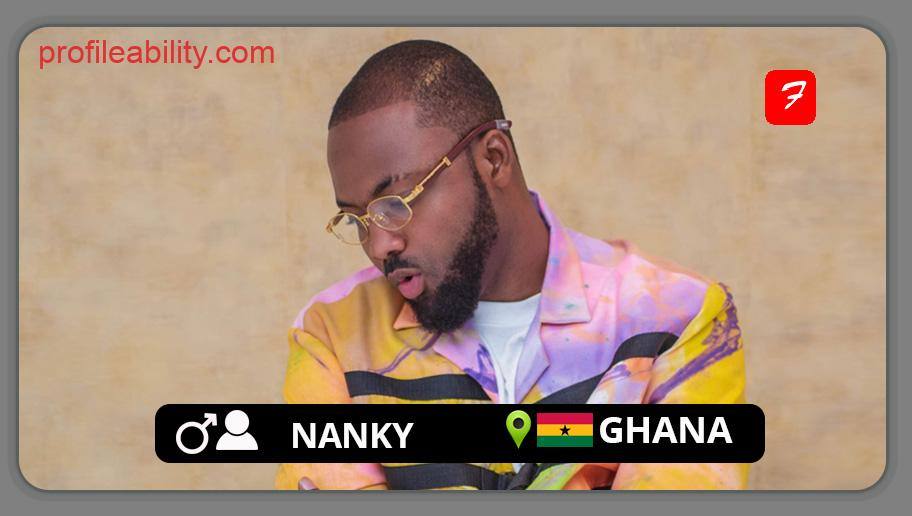 He made it to the limelight with his song Favour which features Africa’s most decorated Ghanaian rapper Sarkodie. He also released Happiness and Remedy, both videos have more than 1 Million views on Youtube.

Nanky was born into a family of 6, 3 boys and a girl. His late mother was a Seamstress and his dad who was also his mentor was an Islamic Teacher.

He attended Padmore Primary School located in Tema Community One and continued to Akodzo JHS in the same city. He enrolled in Chemu Secondary School but dropped out while entering his second year.

Nanky started his career as a member of a Tema-based music group called UG360 known for their hit song ‘Dekin’ but breached out because he wanted to go solo and pursue his career with full focus.

He has currently released his first-ever EP and titled Remedy, the EP has gained over 1 Million streams on Audiomack.

So far he has worked with other artists like Sarkodie and Medikal.

Nanky - Rain Over Me ( Official Video)