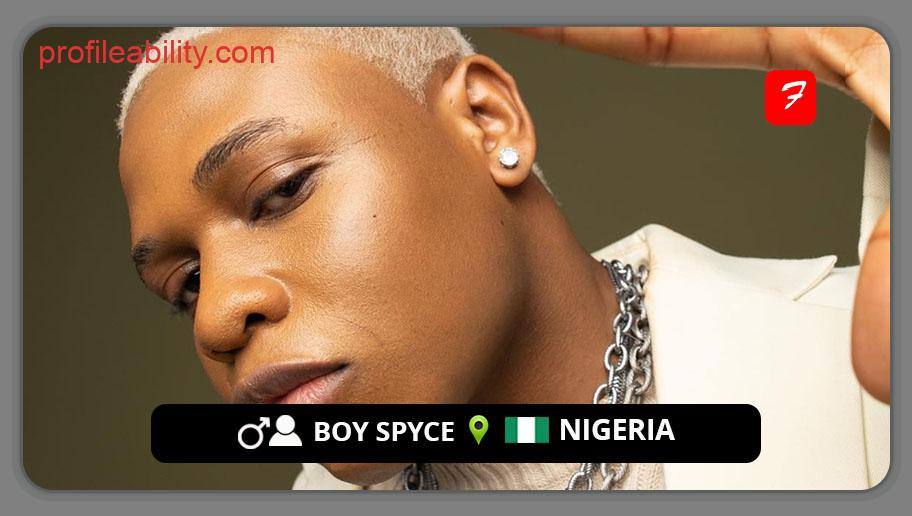 Boy Spyce, born Ugbekile David Osameke and signed to Marvin Records, is a young artist on the rise who is already generating a stir in the music industry with his wonderful vibes and songs.

Boy Spyce is a blend of a wise old soul in the body of an outspoken, self-aware young guy, hailing from the historically privileged Benin city in Edo State, Nigeria. He cites his brother as his first music tutor.

His meteoric ascent to popularity began when he became an internet sensation by reworking songs with his obviously distinct voice and meaningful words.

As an artist, his main purpose is to write music for every feeling that a person could experience. He wants his music to be a calming salve for everyone who hears it at any given time.