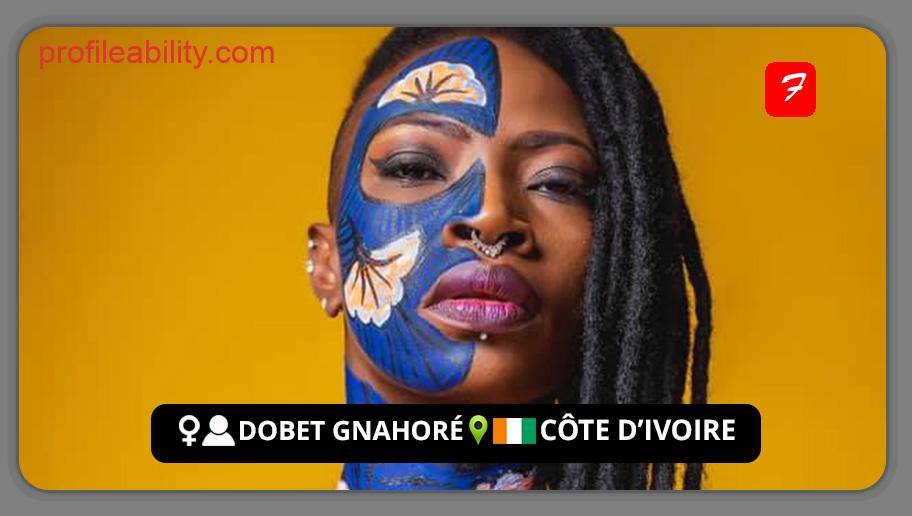 Gnahore’s musical talent comes as no surprise, given her upbringing amid a musical and cultural growing area. She is a self-taught musician that mixes song, dance, percussion, and theatre into her performances.

Gnahoré’s vocal has a unique personality; one minute she’s a diva, screaming out R&B over a soft-rock backdrop of acoustic guitar and percussion, and the next she’s telling it like it is, yanking the mike from her hands and yelling lyrics straight from the speakers.

Gnahore’s first artistic breakthrough occurred when she was 12 years old and told her father that she was no longer attending school and would instead stay at the colony to study. She perfected her abilities after years of apprenticeship with some of the continent’s most accomplished musicians. Growing up in such a creative environment was a dream come true for Dobet, as well as a rigorous training ground that equipped her with the abilities in music, dance, theatre, fashion, and poetry that she still uses today.

While Africa has produced a number of well-known female artists, Dobet Gnahoré has distinguished herself as a truly unique talent. Dobet, a talented singer, dancer, drummer, and songwriter from Côte d’Ivoire, has pushed her country’s current Afropop sounds in fascinating new directions.