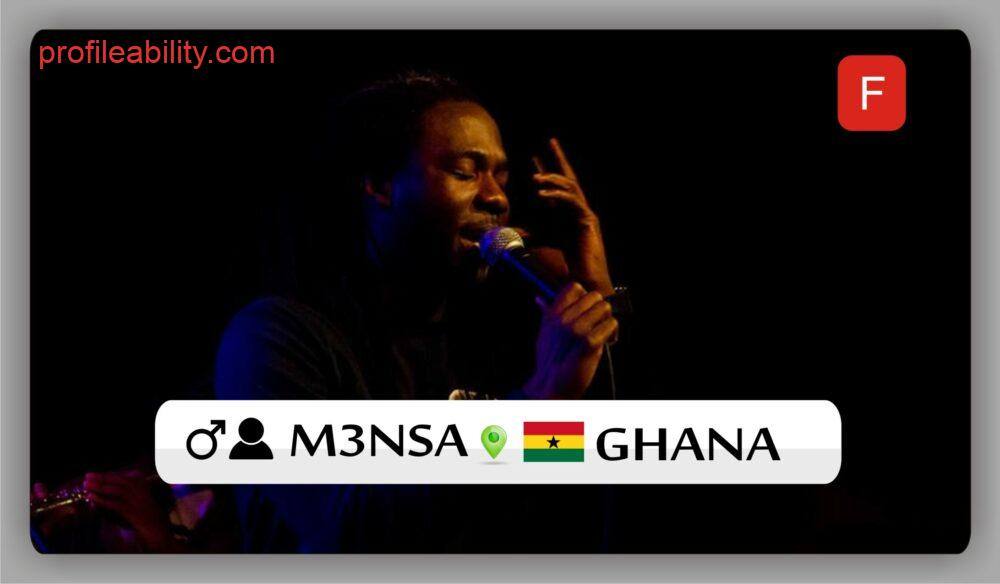 From one half of FOKN BOIS, M3NSA is part of the renowned Ghanaian duo behind the world-wide acclaimed short film Coz Ov Moni comes No.1 Mango Street – the international debut album by MC, singer, and producer M3NSA.

Having conceptualized and performed on the hilarious Coz Ov Moni (known as the world’s first pidgin musical) with Wanlov Kubolor, and produced the bulk of its soundtrack, 2010 has been an incredible highlight in M3NSA’s 12-year music career.
The film itself premiered in the UK and the US and has been accepted at the Rio International Film Festival (Brazil), and at the Pan African Film Festivals in Los Angeles and Cannes.
It was screened at the Black August Festival in New York, where M3NSA blessed the stage with Hip-hop icons Dead Prez and Talib Kweli.

It is also partly the inspiration for No. 1 Mango Street, a nostalgic yet contemporary take on the place M3NSA grew up in Accra. Here, at a young age, he produced songs for the legendary founder of Hip-Life, Reggie Rockstone, (a blend of Highlife and Hip-Hop), and also released the single “If You Don’t Know”, nominated for four awards by the pan-African music channel, Channel O.

Opening a 14-track set, the title song concisely rounds up the many musical influences of Ghana’s number one beat maker: Nu-jazz, Soul, Hip-hop, Afrobeat and High-Life delicately underscore sweet harmonies with his guitarist cousin Ryan Ansah, yearning for the place he still calls home. M3NSA paraphrases, “I talk about going back to pick up from where I left things at, and where everything started. It’s about acknowledging exactly where I come from and bringing all those experiences with me.”

M3NSA’s father Tumi Ebo Ansah was a guitarist in the British afro-pop collective Osibisa, while his mother taught him how to play the piano when he was eight. Now living in London, he enjoys the unique global positioning that a cosmopolitan city allows. And No.1 reflects this:
From the breezy pensiveness of the first single, the Nigerian soul singer Asa-sampled ‘No One Knows’, to the party-starter Adjuma (“work”) which could easily be as large as erstwhile Hip-hop club anthem ‘A Milli’ was. Just with the benefit of a dialect switch here and there.
With snatches of Twi and Pidgen, the clever rhyme schemes and narratives are what make this album universally relatable. Says M3NSA, “You don’t have to be into African hip-hop to listen to the album, you just have to be into music.”

That wide-reaching relevance will be the reason why you may have heard M3NSA’s work on legendary North London producer/DJ Richy Pitch’s Ghana-inspired Ye Fre Mi Richy Pitch LP (on which he wrote 6 tracks). And also why you will have seen him opening shows for Wu-Tang Clan, The Roots, Little Brother, and the Gorillaz. Not to mention recently rocking the mic with Damon Albarn, The Gorillaz, Tony Allen and Amadou and Mariam at the Africa Express events in France and Spain.

No.1 Mango Street is one of those albums which will help bring to the menu what Hip-hop has been missing for a long time – an authentic, everyday perspective that made the genre fun and enlightening at the same time.