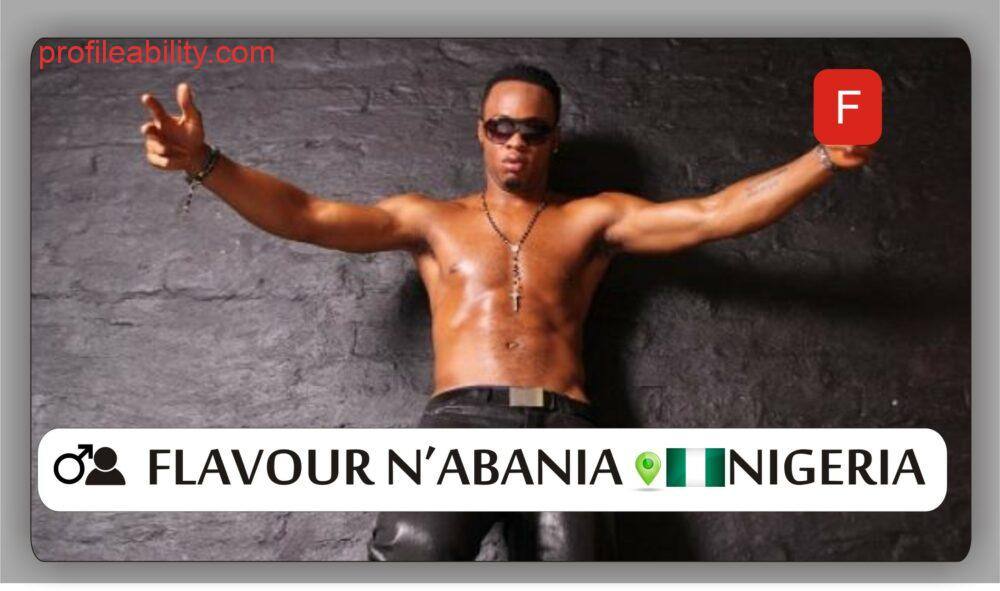 Chinedu Okoli (born 23 November 1983), better known by his stage name Flavour N’abania or simply Flavour, is a Nigerian singer, songwriter, multi-instrumentalist and performer. He began his musical career as a drummer for a local church in his hometown of Enugu State.

Flavour is popularly known across Africa and the world for his hit song “Nwa Baby (Ashawo Remix)”. He is currently signed to 2nite Entertainment.

In 2005, he released his self titled debut album N’abania. In 2010, Flavour released his second studio album Uplifted. It was supported by the singles “Nwa Baby (Ashawo Remix)”, “Adamma”, and “Oyi Remix”. The album’s success made Flavour one of Africa’s most sought out artists. Flavour was booked to perform at numerous concerts and social events following Uplifted’s release..

Flavour, who is well known for his ability to sing fluently in the Igbo language, was born in Enugu State, Nigeria. His family is originally from Umunze in Orumba South LGA, Anambra State, Nigeria. Flavour began his music career at the age of 13 when he started playing the drums for his church choir in Enugu.

The resident pastor at his church introduced him to a friend, Chris I Ordor, the CEO of SoundCity Communications. Mr. Ordor had just started a musical company aimed at training young musicians on the basics of music and nurturing them all the way to a professional level. In 1996, Flavour was invited to join the company on an educational scholarship to study music. After three years of playing the drums, Flavour started playing the drums professionally. In 1999, Flavour moved on from playing the drums and started playing the keyboard. He also used to provide backing vocals for other musicians at SoundCity.

At the age of 19, Flavour emerged unto Nigeria’s musical scene as a drummer and pianist for a local Enugu band. After learning to play drums professionally, Flavour received an offer to perform at City Centre, Enugu. The massive crowd at City Centre inspired him to gain new grounds and reach great heights. Flavour’s educational background in music enabled him to learn music production from Dekumzy, Isi Charles and Nnachie.

In 2005, Flavour released his debut album N’abania through Obaino Music. The album’s success was relative and limited to Eastern Nigeria, particularly Enugu State. Flavour collaborated with Mr. Raw on the album’s lead single titled “N’abania”. The song was recorded at Kingsley Ogoro’s studio in Lagos, Nigeria.

Blessed was released on 18 October 2012 through 2nite Entertainment and iROCKING LTD. The album is the successor to Uplifted. It is arguably Flavour’s biggest album to date due to the amount of producers that worked on it. It was launched on the same day of Flavour’s 2nite Club grand opening. In an interview with iROKTV, Flavour said: “I think I’m growing. This is my third album… Now it’s time to give them the music, like define myself. I have to be more mature with my music, lyrics and instrumentation wise. I worked with tons of producers and the whole production process made sense.”

Flavour is the first son of a large family consisting of four siblings and seven step siblings. Flavour currently dwells in Lagos, Nigeria. Flavour’s family wasn’t very fond of his musical ambitions; they often dismissed it as a pipe dream. His mother in particular believed that his musical ambitions wouldn’t amount to anything. He has a daughter with Sandra Okagbue named Gabrielle and another with Ex-beauty queen and actress Anna Ebiere Banner named Sophia.

On 29 August 2012, Nigerian Entertainment Today reported that Flavour N’abania was involved in a legal battle with Ghanaian duo Wutah, over the alleged theft of “Kwarikwa”. According to the article, “Kwarikwa” is an exact replica of Kotosa, a song made by the aforementioned duo. The singing duo accused Flavour N’abania of stealing their song’s rhythm, chorus, and tempo.