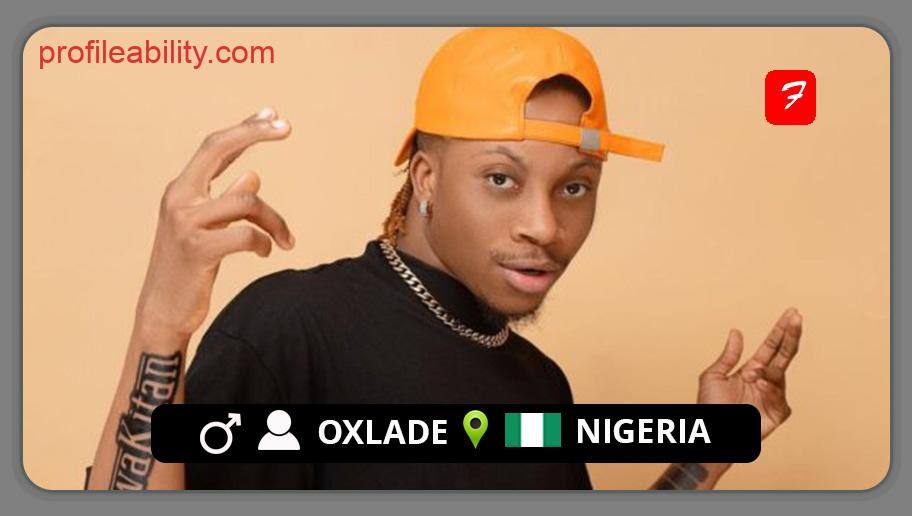 Oxlade is a young Nigerian singer/songwriter on the rise, whose outstanding delivery is accompanied by a beautiful melodic melody. On April 22, 1997, in Mushin, Lagos State, he was born Ikuforiji Olaitan Abdulrahman. He is from Ekpe in the Nigerian state of Lagos.

When Oxlade was ten years old, he began singing in the church choir. Despite his father’s opposition, he dropped out of Lagos State University (LASU) to pursue a career in music while studying History and International relations. His parents ceased providing for him as a result of this.

In 2017, he began singing professionally and rose to popularity when he teamed with Nigerian superstar Blaqbonez on the song “Mamiwota” in 2018. Oxlade has established himself as one of the finest to watch in the business with the help of his trending smash and the first authentic song “Shugar.”

His sound is Afro-fusion with a soulful twist, and he expresses himself via his individual compositions.

Oxlade appeared alongside Sneakbo on Skengdo’s UK underground single ‘Brixton Boy’ in 2019, and he played before an audience of roughly 20,000 at Wizkid’s Starboy Fest at London’s world-famous O2 Arena.

Following the release of his 6-track first Extended Play project named ‘’Oxygen” in 2020, he garnered a massive fan base. The album was branded with wonderful love songs and went on to become a top-charting product with enormous airplay. He debuted the video for his first song, “Away,” off the Extended Play “Oxygen.”

Some of his releases are ‘’Ifeoma,” ‘’Jabole,” with Spinall and Ycee, ‘’Sisi Caro,” with Governor of Africa, ‘’Stuntin,” and ‘’Unconditionally,” to mention a few. He’s also worked with a slew of A-list performers, including Reekado Banks, Jules, DJ Tunez, and Blaqbonez.

FIRST SINGLE OF THE YEAR “ WANT YOU “ IS OUT NOW ON ALL PLATFORMS. ENJOY

. Want You OUT NOW