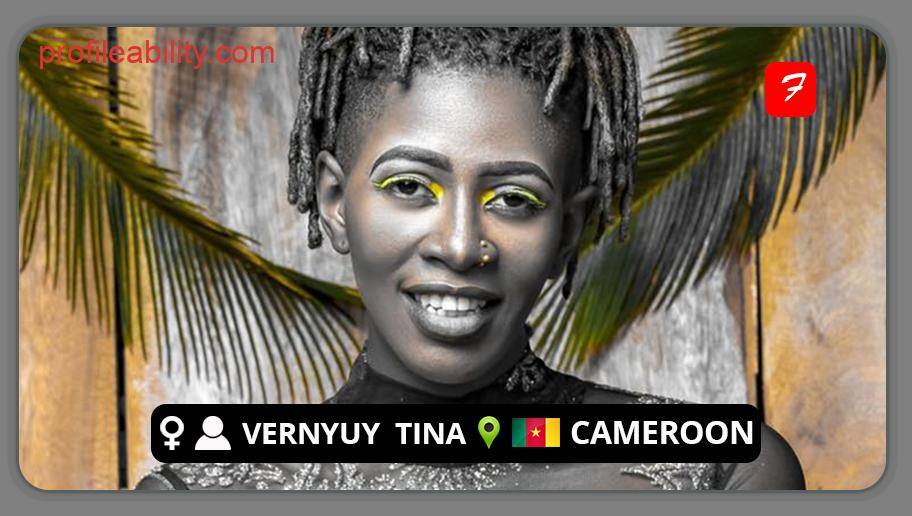 Vernyuy Tina, otherwise known in the industry as Música, Titi wóm or President of her self-owned TINATION (lovers of her art), is a young and appreciated Cameroonian female emcee and vocalist. Tina is a rapper, singer/songwriter, model, and, above all, an ENTERTAINER whose presence in the music scene has on her a vintage spot in the hearts of music fans in and around the country. She was born on April 17, 1996, to Hon Akonteh Andrew and Banboye Wongibe Evelyne.

She characterizes her music as Afro-Njang, a Nso-Grassfield beat that combines traditional instrumentals with various genres (jazz, pop, folklore, country, rap, soul). She hails from Kumbo, Bui Division of the Northwest Region.

Tina had her early schooling at Saints Peter & Paul Primary and subsequently joined Saint Augustine’s College Nso and PSS Mankon-Bamenda for her Secondary schooling, where she studied Geology adding up to STU & Mining at the University of Yaounde and Bamenda, Cameroon, respectively which earned her a BSC in Geo-Mining Science.

Her love and passion for singing and poetry can be dated back to her elementary school days, when she participated in various school choirs, garnering her considerable acclaim in front of dignitaries and leading to her being named finest vocalist of her time at the age of 17.

She officially made her debut as a recording artist at the age of 18, with her first-ever studio record, ‘’Stony Road’’, which was released in 2014. Her collaboration with Cameroon’s renowned male singer, Tzy Panchak in the songs “Na So” and “Who Be Actor” piqued her to fame.

While many described her as a unique voice in the industry, Tina is steadily keeping her faith and eyes up to God, believing in her dreams and hard work.

Vernyuy Tina - Ndani Ya ♡ (Behind The Scenes 2)