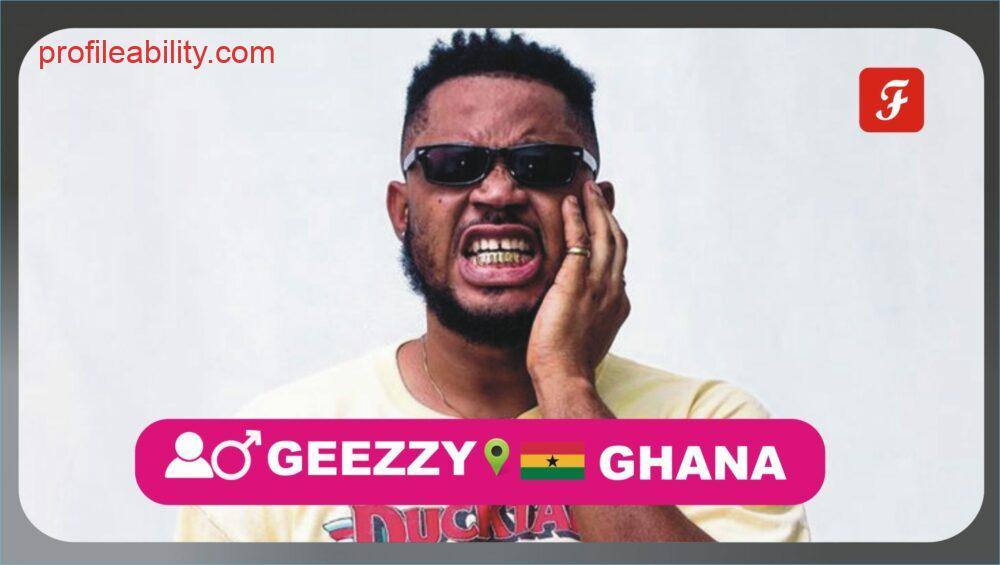 Richard Nana Himans with the stage name Geezzy is a Ghanaian Hip-Hop/ Trap musician and afrobeat artiste. He was born on the 22nd of October 1995 in Ashanti Region, Obuasi. Geezzy has spent his whole life in Accra, Sowutuom where he grew and groomed. He started as an artist in high school and later switched to music production with the name “Kronnik” and still producing.He was influenced by music through his uncle whom he was living with his teen. His uncle was a music promoter then.

In the year 2011, he signed 7 artistes including himself to his Record label “Slayer Music Group”.
He released his first single “Yaayi” featuring Yaa Pono (Ponobiom) one of the Ghanaian music giants, in the year 2015 and released his first Tape (Album) in 2017 titled “No Pain, No Gain” consisting of Nineteen(19) tracks.
He collaborated with loads of Ghanaian musicians including Yaa Pono (Ponobiom), Luther, Lanyo Wav and Shuga Kwame on the Album.

Unfortunately for most people finds Geezzy’s career not going anywhere soon.
But It has just begun.

Yaw Tog is a fast-rising Ghanaian drill musical sensation from Kumasi in the Ashanti Region of Ghana. He is marked as a pivotal contribution to the emerging drill scene which started in Ghana’s Ashanti regional Read more…
✕