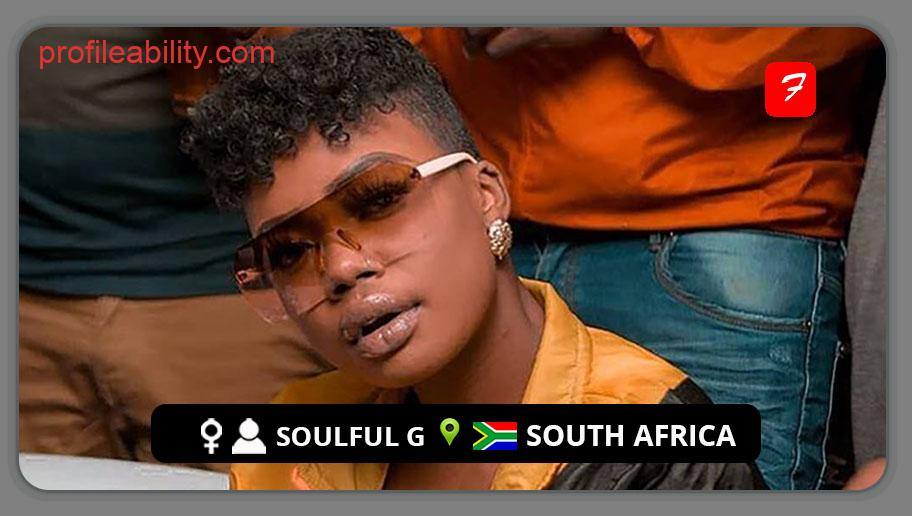 Affectionately known by many as Soulful G, Soweto-born amapiano singer Gugu Bikani is a young South African artist and songwriter. She hails from Diepkloof, Soweto.

Soulful G is a storyteller with a creative mind who is dedicated to conveying the message of love via songs that portray personal experiences and insights through her calming tones and words.

She began singing at an early age, and her parents encouraged her to pursue her passion for music. She continued to hone her abilities as she grew older, eventually becoming the good and great vocalist she is now.

The singer, who studied music at the National School of Arts, debuted in 2020 with the songs “uThando” and “Buyisa,” cheerful, slow-motion tracks enhanced by her sweet, sultry voice.

“uThando,” which debuted her in the mainstream music business and included Soa Mattrix and Shaun 101, communicates the budding diva’s thanks to loving via melodies and heart-warming vocals.

Soulful G is unstoppable, and this is only the beginning for this great singer. Soulful G is an incredible chance to enjoy the vibes and soulful sounds of this fresh emerging artist.

KT Gorique is a Swiss rapper of Ivorian descent who is quickly establishing herself as a formidable force within the hip-hop scene. A Swiss-based Ivorian-Italian musician whose musical world oscillates between hip hop and reggae. KT's music is a heartfelt...

Regarded as a "discreet ambassador of Sao Tomé music in the diaspora," Anastácia Carvalho is a skilled artist who has explored a variety of musical forms, including Black Spiritual, Blues, Jazz, Soul, Reggae, Funk, and traditional African rhythms. She's been...

Camilla George is a multi-award-winning Nigerian-born and London-based saxophonist, improviser, composer, and instructor who has been nicknamed "The Golden Girl of Jazz" by The Evening Standard. A MOBO-nominated saxophonist and headliner of the famed ensemble Jazz Jamaica, who is widely...