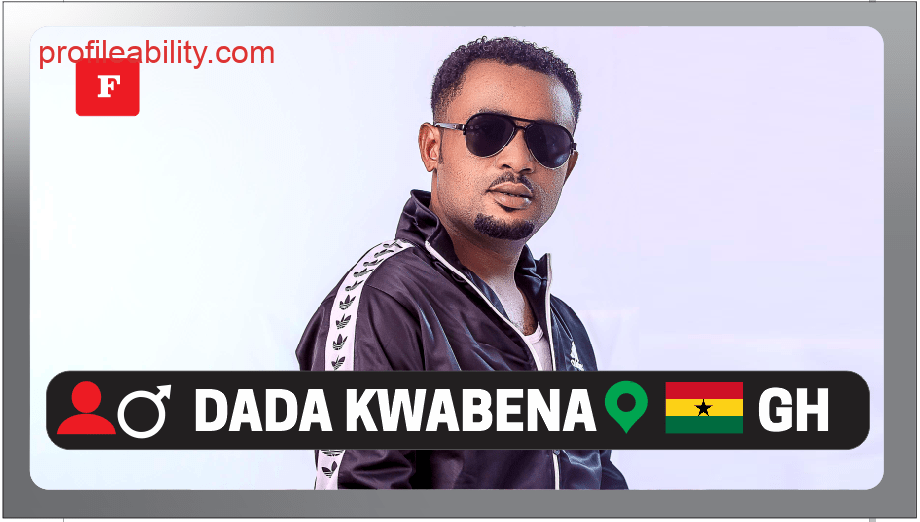 Aning Kwabena Richard, popularly by his stage name Dada Kwabena is Ghanaian highlife and Afro-pop singer and songwriter who do music for the matured, for love and for life.

Dada Kwabena who is the CEO of Annicom Group of Companies and the director of Legend Connet Empire (a Ghanaian based record label) hails from Sepe-Buokrom in the Ashanti Region of Ghana. He had his secondary education at King’s College and went ahead to study Herbal Medicine at the faculty of herbal medicine at the Kwame Nkrumah University of Science and Technology in 2010.

As an entrepreneur and herbalist, Dada Kwabena is known both locally and internationally. He worked as a presenter for a year at Rock 103.7 FM, Bolgatanga where he was called DJ Flash.

Starting his music career in 2014, he dropped “Check your weight” which features ace Ghanaian artiste Ex-Doe and was produced by heavyweight sound producer Zapp Mallet. The song had much airplay and made people wonder a lot who this wonderful singer is.  He also dropped Lovely Girl Ft Obibini Prod by Skinnywillis.

Due to his work as a CEO, Dada Kwabena went on a break from his music career but returned with “Makoma” produced by Ray Inc in January 2017. In April 2017, he went further to drop “Ice Cream” featuring Kofi B and Shatta Rako which production from Bassey Mix.  With the heat and the eagerness by his fans to get more of him, Dada Kwabena teamed up with fast-rising rapper Amerado to release another banging song titled “Come Close” produced by Jo Kole.

Dada Kwabena edges Ghanaian and the world at large to watch out for him and his power-packed yet-to-be-released hit songs.