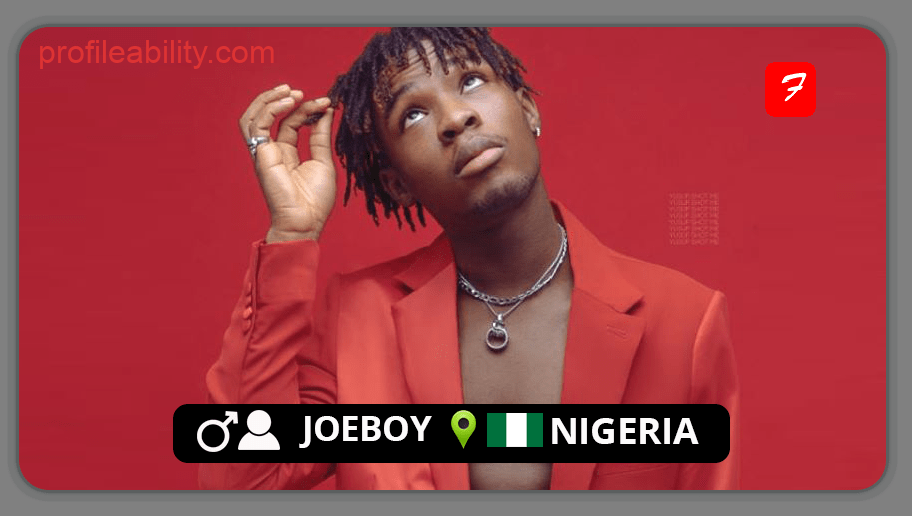 Joseph Akinwale Akinfenwa , known by his stage name as ‘Joeboy’, is a Nigerian singer and songwriter. Discovered by Mr.Eazi the founder of the record label “Empawa Africa ”  in 2017. His genre of music is that of Afro-pop and R&B. He was born on 21st May 1997 in Lagos State, Nigeria.

Joeboy released Mr. Eazi-assisted track “Fààjí” on October 26, 2018; he used his portion of the grant he received from emPawa100 to shoot a video for the song. Joeboy’s single “Baby” was released on March 1, 2019; it garnered 20 million streams across YouTube and Spotify in 2019. The visualizer music video for “Baby” surpassed 31 million views on YouTube. Joeboy released the Killertunes-produced track “Beginning” on August 15, 2019. The visualizer music video for “Beginning” surpassed 23 million views on Youtube. In it, he finds himself developing feelings for a friend whose advances he had initially dismissed. Joeboy released his debut extended play Love & Light in November 2019. It was released by emPawa Africa and was supported by the singles “Baby” and “Beginning”. The EP also contains the theMayorkun-assisted track “Don’t Call Me” and “All for You”.

Joeboy won Best Artiste in African Pop at the 2019 All Africa Music Awards, and Best Pop at the 2020 Soundcity MVP Awards Festival. He was nominated for multiple City People Entertainment Awards and The Headies.] Joeboy released the Dera-produced track “Call” on April 10, 2020. Described as a “catchy love song”, “Call” is the lead single from his upcoming debut studio album. The TG Omori-directed video for “Call” features dystopian sci-fi themes.

Joeboy - All For You (Visualizer)