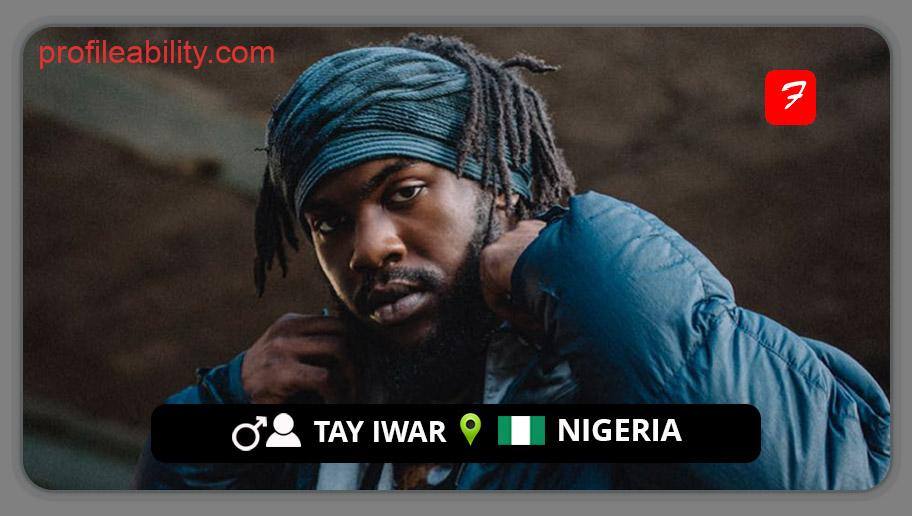 Austin ‘Tay’ Iornongu Iwar, alias Tay Iwar, a renowned Afro icon and r&b superstar, who come from a point of doubt and has cut through various scales, confirming himself as one of the world’s most diverse musicians.

The Nigerian singer, songwriter, sound engineer, and record producer is noted for his particular alté musical style, which incorporates many components of sound, ranging from traditional R&B to Afrobeats, as well as a soul depth.

He was born in Lagos and raised in Abuja, where he began making music at the age of fourteen. Tay became one of the most prominent musicians in Nigerian music’s new era with his EP “Passport.” He has continuously produced a slew of singles since then.

What distinguishes Tay Iwar is his commitment to songwriting quality, as well as a deep desire for individuality in a system that forces artists to comply in order to succeed. He’s combined that talent with a reclusive character, resulting in a brand shrouded in mystery.