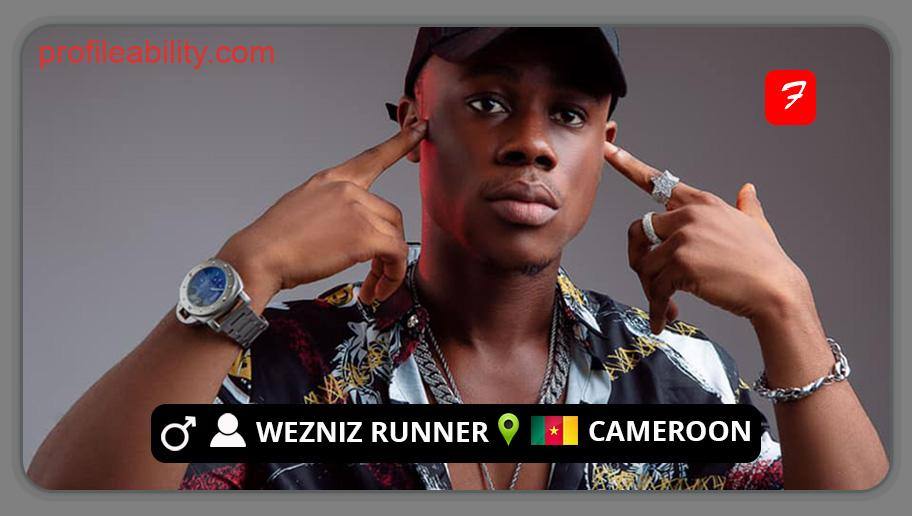 Ndip Levis Milton Agbor, professionally known as Wezniz Runner, is a young and vibrant fast-rising Cameroonian rapper who was born on September 16, 2000.  Wezniz is a young twister whose latest releases have progressively drawn the attention of fans to his skill. He is currently signed as a frontline artist with Sun Rays Records Label.

Wezniz, who was heavily influenced by Cameroonian rapper Ko-C, grew up with a passion for music, particularly Rap, which he has been attempting to perform anonymously since his infancy. Today, he modestly continues his education in the footsteps of quick kickers like Sarkodie and Twister, while attempting to bring his own unique touch in order to move away from the copy and the mobility of art.

The tapper/hip hop artist worked hard and attempted his first experience by making a cover of a Ko-C song, which garnered him massive likes and gaining notoriety. Inspired by his ability, he signed a contract with Sun Rays Records to showcase his potential.

With the doors professionally opened to him, he released his debut single, “Ne Blague Pas,” which translates ‘Quit Joking’ on July 2nd, 2020 under the auspices of Sun Rays Records with the likes of producer Z-Lex and director Keffygraphics. Later that year in December 2020, he released another single titled ‘’Pop Up’’, which was a club banger.

Since then, he has had a list of releases including his most recent project titled ‘’Dear Mama’’ produced by Deejay Glenny with its official music video directed by CHEF ASA and premiere on 21st May 2021.

Wezniz Runner - U No Get Freestyle