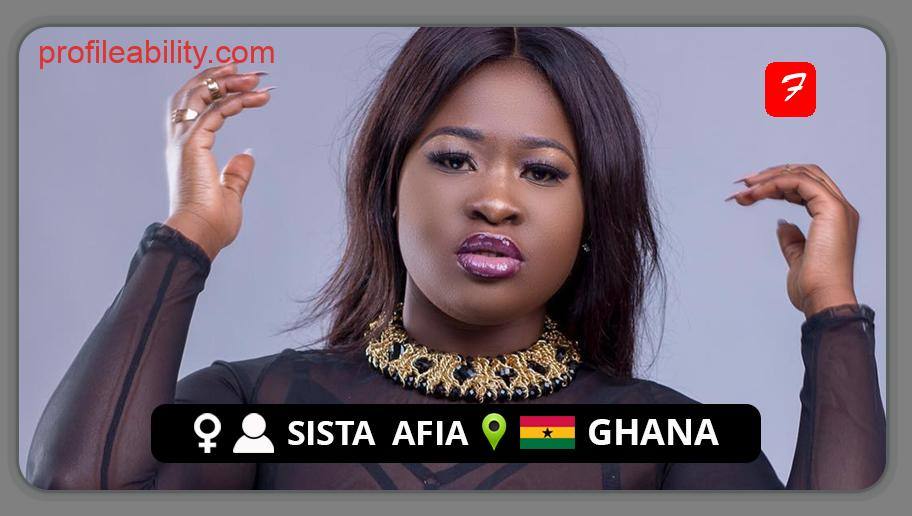 Sista Afia, whose actual name is Francisca Gawugah Duncan Williams, is a Ghanaian-born British Indie rock, Afro-pop, high life, and afrobeat artist. She was born on January 7th, 1993 in Accra, Ghana, to a family of liberal-minded parents who encourage her creative work.

The singer/songwriter was born to Mr and Mrs Duncan Williams and is the niece of Bishop Nicholas Duncan Williams, a well-known Ghanaian theologian. She was born in Ghana and raised in the cities of Accra and Kumasi. She hails from the Central region and is the last born of two beautiful girls.

She resorted to music after discovering her passion and returned to Ghana in 2015 to begin her music career. She released her first official debut track, ‘’Kro Kro No,” starring Bisa Kdei.

Her claim to fame, however, came in 2016, when she partnered with dancehall artists Shatta Wale and Afezi Perry on the popular track “Jeje.” In December 2018, she released her debut studio album, Queen Solomon, on which she collaborated with a number of musicians such as Medikal, Kelvyn Boy, Kofi Kinaata, and others.

She has a slew of releases, including “Are You Ready,” “Slay Queen,” “Saucy,” “Party,” “Sika,” “Broken,” and “Paper” starring Victor AD, among others.

With a specific affinity for rock and her distinct African culture, she ingeniously blended the two to create a whole new kind of music. Her inventiveness is exceptional, and her word choice is impeccable, garnering her a devoted following in the United Kingdom as well as her native Ghana.