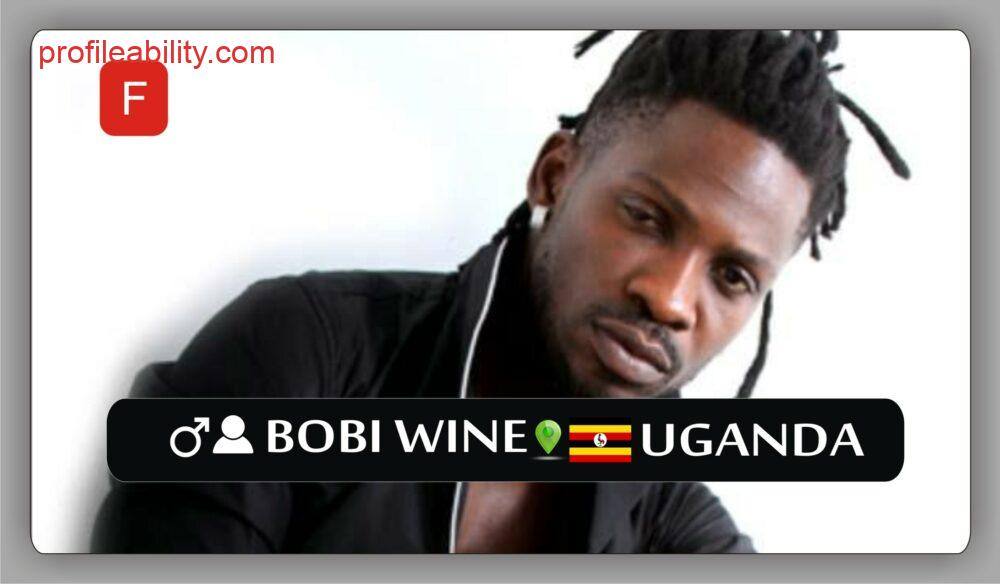 Born on the 12th of February in 1982 in Mpigi District southwest of Kampala’s capital, Bobi Wine was christened Robert Kyagulanyi and joined nine other siblings into the harsh life of ghetto living in Kamwokya, one of the worst slums of Kampala.If his problems taught him anything, definitely innovation was one of them. Underground shows with a Walkman, a borrowed amplifier, and a speaker was how he used to make ends meet. At school, he would spread the word and after school charge students fifty shillings (less than a quarter a dollar) per head and he would jam! he got into trouble with the school administration but that was the way he made his pocket money at school.” By the end of his ‘O’ level, he had composed many songs but had no money to record. It was one of the most disheartening things in the pursuit of his musical dream.

In ’98 after his ‘A’ level, he finally saved some money over the years to record and managed to make four tracks; Kalyonso, Doreen, Namulembe but they were of very low quality. They, therefore, did not receive any credit or attention. That didn’t phase him. He increased his intensity of odd jobs like collecting edible grasshoppers for sale on his vacation.
Then he tried his luck again in 2000 and recorded Abakyala, this didn’t do well either. By then he was in his first year at Makerere University and made mud bricks during his free time. He also did painting, while he was a porter at a building site.

“I wasn’t afraid of my friends disrespecting me because they understood my situation. Besides I am not after giving a false impression of myself so I could go work and perform at occasions like Karaoke in nightspots around the city.”

Then finally, the chance to record again came and Bobi managed to record his song “Akagoma” meaning ‘the drum’.
” He had to do it within thirty minutes because he was in through backdoor connections. And when thirty minutes was up he was kicked out. I thank those guys.” This song later became a hit and played on the radio and in nightclubs around the country. Finally, Bobi Wine got room to breathe.

” He loves the reggae/dancehall style because he feels, that’s the best way he can express himself. And also it is the best medium to communicate content and message. It is because he has something to say and that’s the best medium for it. It is music for his people, the poor where he comes from. Artists like Buju Banton, Bennie Man, Sizzla, Shabba, Bob Marley and Bounty Killer are the major inspirations for his music.
He is a holder of a bachelor’s degree in music dance and drama at the prestigious Makerere University, the biggest University in East and Central Africa. Bobi Wine’s repertoire includes albums like ‘Kagoma, Namulime, Wendi, Bada, and Kiwani Mazimawanvu to mention but a few.

From nothing in the 1998’s when he began his career to the biggest artist in Uganda today. Bobi Wine is the holder of 3 PAM Awards including Artist of the year 2006.
Bobi Wine has performed in Sweden, England, the USA, South Africa, and all over East Africa. He has also been featured at almost every major concert in Uganda including concerts featuring international artists like T.O.K, Shaggy, Chaka Demus & Pliers, Sean Paul, and Buju Banton. With his crew, the Firebase, which includes himself the president, Buchanan the vice president, Nubian lee the prime minister, and the rest of the cabinet He now owns a studio where all the Fire Base music is recorded now.

Bobi Wine is currently venturing into movies and recently starred in a movie carrying the same title as one of his latest hits ‘Ghetto /Divizionz’ and the movie has won awards all over the world. He has also gone into boxing professionally and he recently won a fight by an OK. As a socially responsible person, he supports his community whenever he has an opportunity and in his own words, he says “Bobi Wine is a good ghetto youth ready to help the ghetto people and I thank God for everything he has done for me, my wife and for giving me a beautiful Children”.