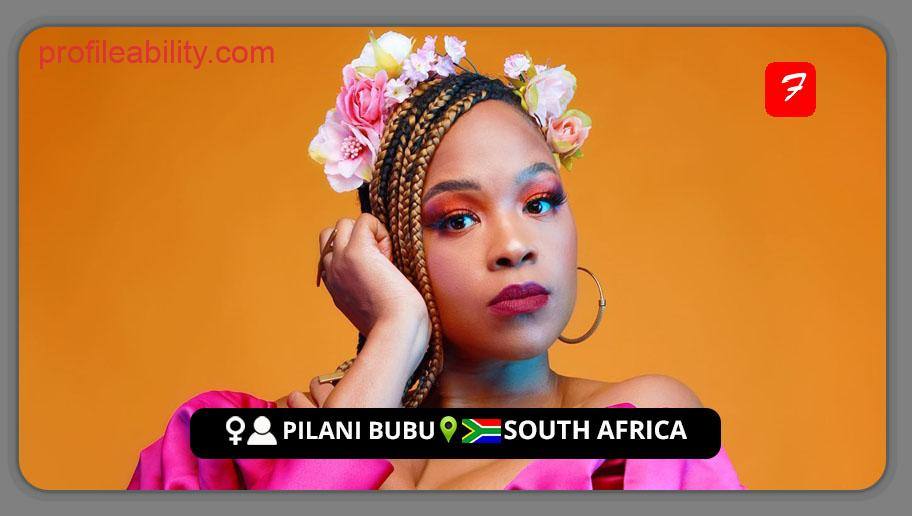 Unique and successful, Pilani Bubu, dubbed “Africa’s Folklore Queen,” is a multifaceted performer who has charmed listeners with her calming tunes, superb vocals, and message-laden repertoire.

She comes through with a dramatic collection of songs with sheer grit and brilliance, which stimulates head-popping and feet-tapping from the attentive crowd. She is originally from South Africa. Pilani Bubu is a niche artist with a burgeoning success story of perseverance and passion boiling beneath the surface.

She’s a multifaceted artist and a creative businesswoman with a distinct voice and a unified worldwide sound she refers to as a jazzy folk soul. She delivers real-life stories about inspiration, identity, and power.

Thanks to her genre-fluid outlook, Pilani has been able to please radio compilers, TV producers, and festival directors with her music and stage presence since the beginning of her musical career.

By building the folklore community, she aims to provide a platform for holders of indigenous knowledge systems to share their work and document it in two key event themes: Folklore for Kids and Folklore Fireside for an older audience. By interweaving poetic interludes and spoken word into the music.

THIS IS LOVE - The 'Music Love' Skat by Pilani Bubu

Pilani Bubu Live At The Orbit - Out & Out (One Gospel TV)