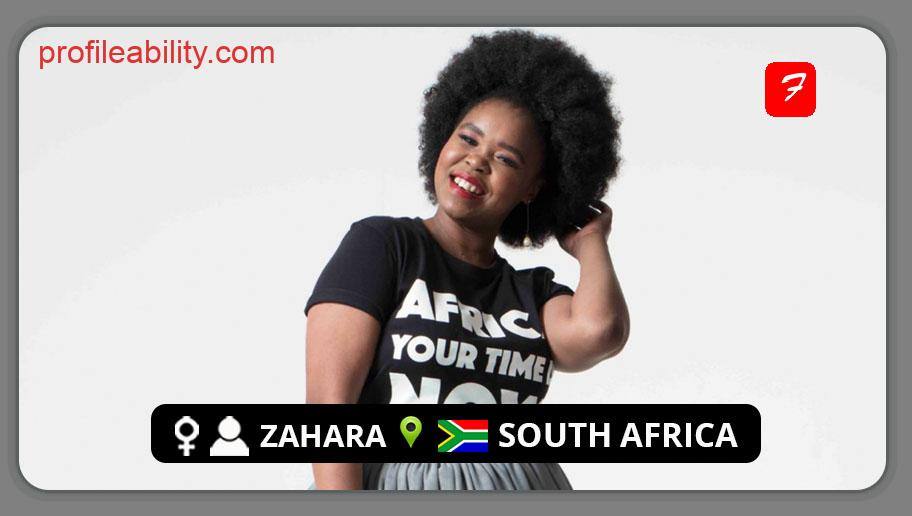 Zahara, a multi-platinum, 17-time SAMA Award winner, was born among the RDP homes and shanties of Phumlani Village in the Eastern Cape. She is one of the most exciting performers to come out of South Africa ever. The singer/songwriter was born Bulelwa Mkutukana on November 9, 1987, to parents Nokhaya and Mlamli Mkutukana. Her achievement is an inspirational narrative of immense proportions.

Zahara began singing in her school’s chorus when she was six years old, and because of her powerful voice, she was invited to join the senior choir at the age of nine. Zahara is an Arabic word that means “blooming flower.” Her music is roughly described as “Afrosoul,” and she sings in both her native Xhosa and English.

With numerous successful follow-up albums and iTunes Top 10 songs, including “Phendula,” “Impilo,” and “Nelson Mandela,” she’s continued to expand and explore her unique soulful style. “Country Girl,” which was declared triple platinum in 2015, “Mgodi,” which became her best-selling album and was certified platinum in 2017, and “Ngaba Yam,” which reached number one on iTunes in 2021, are among her successful album releases.

17 South African Music Awards, three Metro FM Awards, and one Nigeria Entertainment Award are among her honours. Zahara was included in the BBC’s 100 Women list in 2020. In 2021, she was a guest judge on Idols South Africa’s fifteenth season.

Kirk Whalum on working with Zahara

Zahara - Love Is In The Air [Official Audio]