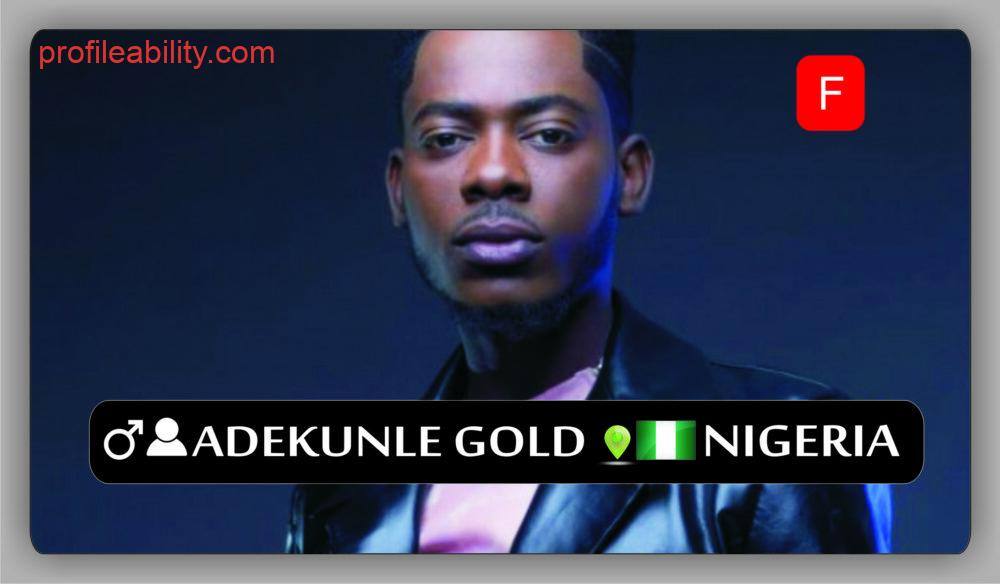 His follow-up single, titled “Orente”, also received positive reviews from music critics and consumers. In 2015, he was nominated in the Most Promising Act of the Year category at the 2015 City People Entertainment Awards and was also nominated in the “Best Alternative Song” category at The Headies 2015 for his song titled “Sade”. He is currently signed to YBNL Nation.

Adekunle was born into a royal family in Lagos State, Nigeria. He holds a Higher National Diploma in Arts and Design after graduating from Lagos State Polytechnic.

While growing up, Adekunle developed an interest in music while listening to songs by King Sunny Ade and Ebenezer Obey. As a teen, he joined as a member of the junior church choir he was attending and went on to write his first song at the age of 15.

In 2014, Adekunle went solo after he disbanded a music group he formed with a friend while in school. Adekunle Gold was dubbed “King of Photoshop” after posting an edited Photoshop image of him hugging Tiwa Savage. On 19 December 2014, he released a cover of One Direction’s “Story of My Life” titled “Sade” which rose to critical acclaim and went on to be nominated at the 2015 edition of The Headies.

Adekunle Gold - Catch Me If You Can (Official Audio)