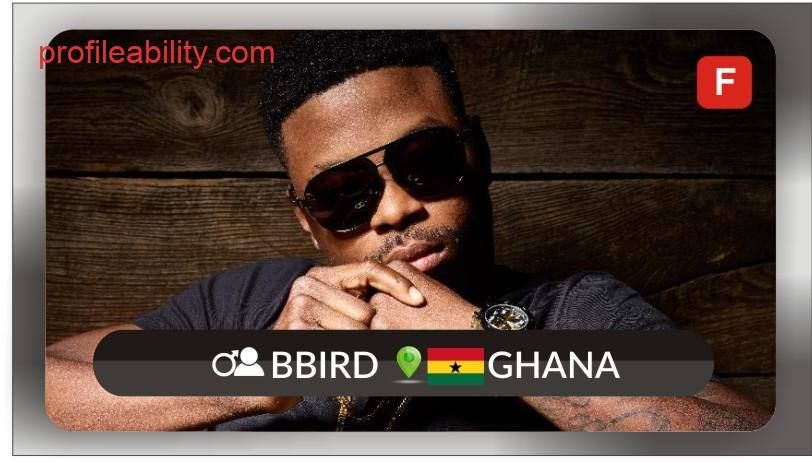 Bbird known in his private life as Tettey Kwao is a UK-based Ghanaian musician and CEO of SBoy Records.

The versatile rapper was born on 13th September in the late 80s and hails from Manya Krobo Odumase / Somanya in the Eastern Region of Ghana.

Bbird had his primary education at the Bethel Nursery Preparatory School at Yilo Krobo before moving to Akwamuman Senior High at Akosombo to study Visual Arts. He moved to Italy in 2007 but relocated after five years to the UK.

The musician who discovered his talent very early in life began raping at the age of 12 and was freestyling to songs by famous musicians like Obrafour, Okomfo Kwadee, Lord Kenya and many others who were the best of his time. He held these people as his mentors.

By 2008, Bbird had begun writing, mixing and mastering his own songs. His maiden master recording was done in 2010.

He is tagged as the first Krobo rapper in the country.. Many call him the Krobo Rap King, the founder of Krobo rap.

The Hip Hop/Hip Life musician released his first single, “Wake Up” which featured UK based Ghanaian Reggae and Dancehall artist, Sonni Balli some years ago. He has since released other songs such as “Rap Class”, “Eye Red”,  and several others.

In 2018, he was nominated for Best Eastern Artist of the Year.