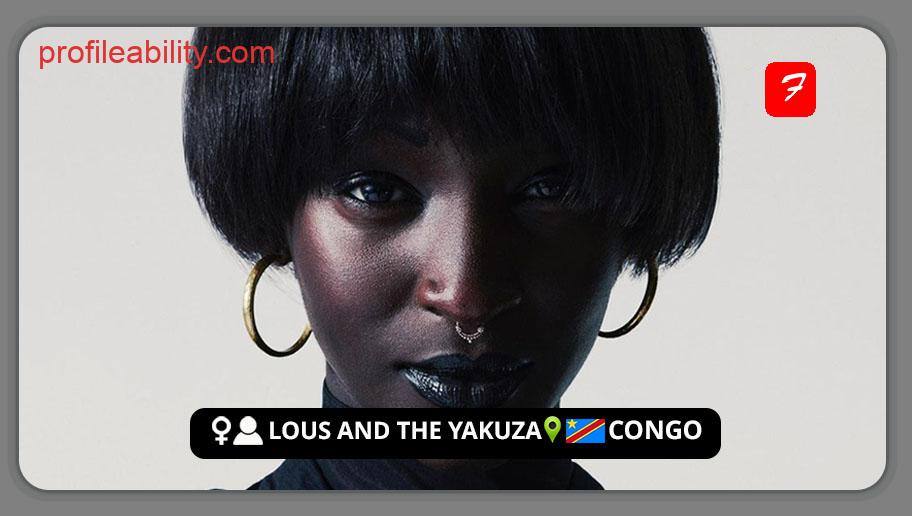 Raised between Rwanda, the DRC and Belgium, Marie-Pierra Kakoma, alias Lous and the Yakuza, is a Congolese-Belgian singer, rapper, songwriter, model, and artist.

Kakoma, who grew up in love and defied expectations, studied philosophy, mastered music theory, wrote poetry, and followed her ambition of a profession in music.

The anagram Soul, the source of her musical inspiration, and Yakuza, the moniker she uses to identify her partners, gave Marie-Pierra her artist name.

Her sound is a “silky” mix of trap, R&B, and pop, backed by an excellent soundtrack. Lous & The Yakuza’s popularity is a real discovery, as evidenced by her hard-hitting, sympathetic, and dedicated lyrics.

Lous’ songs are real, dark, and strong; she doesn’t shy away from confronting the truth, from loneliness to self-acceptance. The singer is candid about her difficult background, and her willingness to share some of her storeys with her increasing fan base demonstrates how powerful and relevant her music is.

Lous rose to prominence with the publication of her debut song, “Dilemme,” in September 2019, and subsequent singles “Tout est gore” in December 2019 and “Solo” in March 2020. El Guincho produced her debut album, “Gore,” which was released on October 16, 2020.

Lous and the Yakuza were included in Spotify’s RADAR project in March 2020, which attempts to increase artists’ global exposure through promoted social platforms and curated playlists.

Kakoma’s particular style, which is mirrored in the symbols she paints on her face, her boyish swagger, and her stunning elegance, has recently seen her feature in fashion advertisements for Louis Vuitton and Chloe, as well as marching down the catwalk during Paris Fashion Week.

There’s a lot of motivation behind her. Lous and the Yakuza seem like a uniquely globalised production, intertwining Kakoma’s Belgian-Congolese-Rwandan roots with varied inspirations such as politics past and present, manga comics, Mozart, and Whitney Houston, with lines sung and rapped in French.

Lous and The Yakuza - Behind the Cover IOTA

Been obsessed with this song lately #iota #shorts #lousandtheyakuza #glimpseofus

The song that changed my life #shorts #lousandtheyakuza #gore #dilemme

Did you see the amazing dinner we held in Paris ? #shorts #iota #lousandtheyakuza #tresor