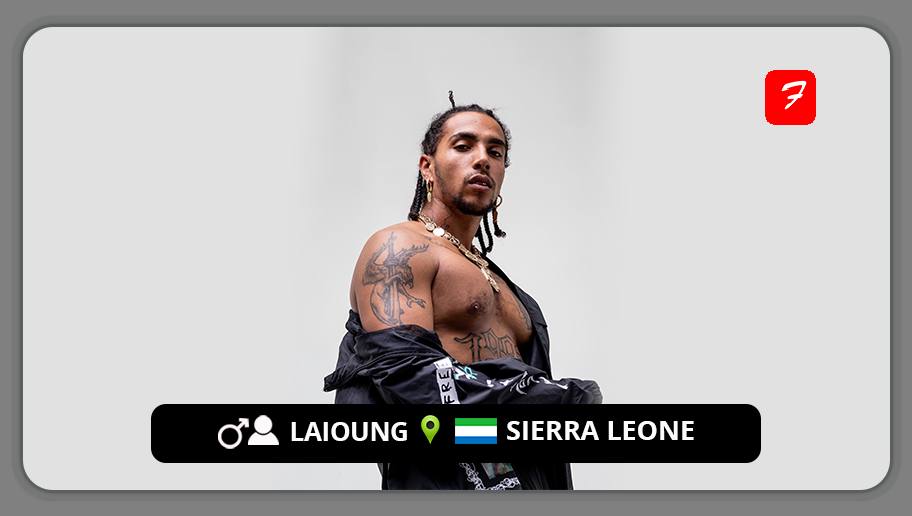 Young founding member of THE RRR MOB Giuseppe Bockarie Consoli, or “LAIOUNG,” is a well-rounded artist that denies being confined to a single genre because of his flexibility in music production, composition, engineering, and video production!

Born to an Italian father and a Sierra Leonean mother, the young man whose codename is a mix of the words “lion” and “young,” written in Italian, Laïoung was raised by musicians, from his uncle — Bai Kamara Jr. — to his parents. At a young age, he traveled widely and lived everywhere in Italy, London, Paris, and many other places throughout Europe where he developed a movement dubbed #THERRRMOB centered on young entrepreneurs active in music, fashion, and art.

Laïoung has the capacity to create music in many genres and incorporate several cultures into his style. He is a skilled guitarist and pianist. His tremendous skill shines from the studio to the stage, winning him devoted followers and stunning crowds.

Tell them we bout to go crazy with this one 🔥

Subscribe to my channel, new music on the way ✅