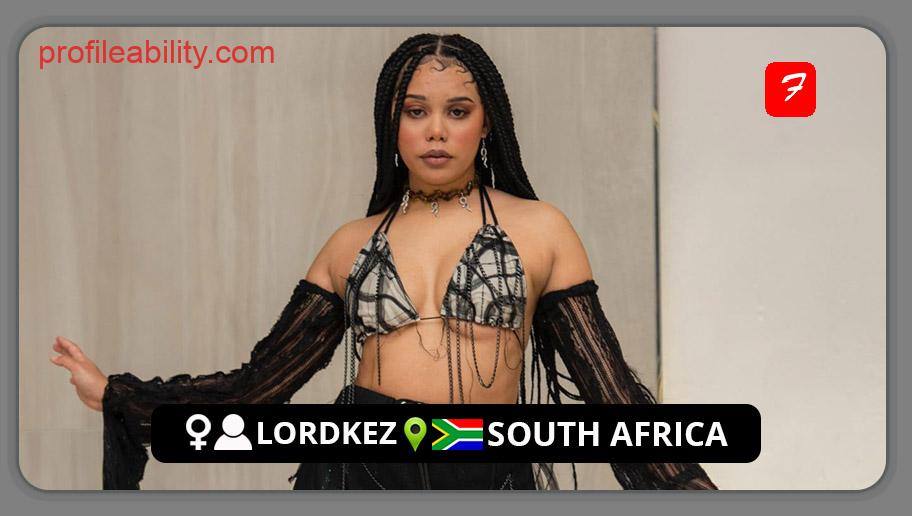 Taking over the scene and solidly establishing herself in the hall of fame of new wave African musicians, Lordkez is a South African powerhouse who is genre-neutral and certainly crushing it.

In her demeanour of artistic brilliance, she exudes a flare of unfettered romanticism and deadly subtlety. Being an outstanding musician, poet, and visual artist, Lordkez is a genius whose creativity knows no limitations. Her works come together to create an amalgamation of art that crosses mediums and elevates her to the position of the all-around artist.

The poetic singer/songwriter is a lesson in elusiveness with the capacity to transform any soundtrack into a contemporary fusion of stylistic neo-soul. Whether she smoothly crescendos in and out of her distinctive mezzo-soprano tone or dabbles in the occasional rap verse read in a husky exotic key, Lordkez has continuously perfected the art of satisfying the hearing senses to their full, ageless potential.