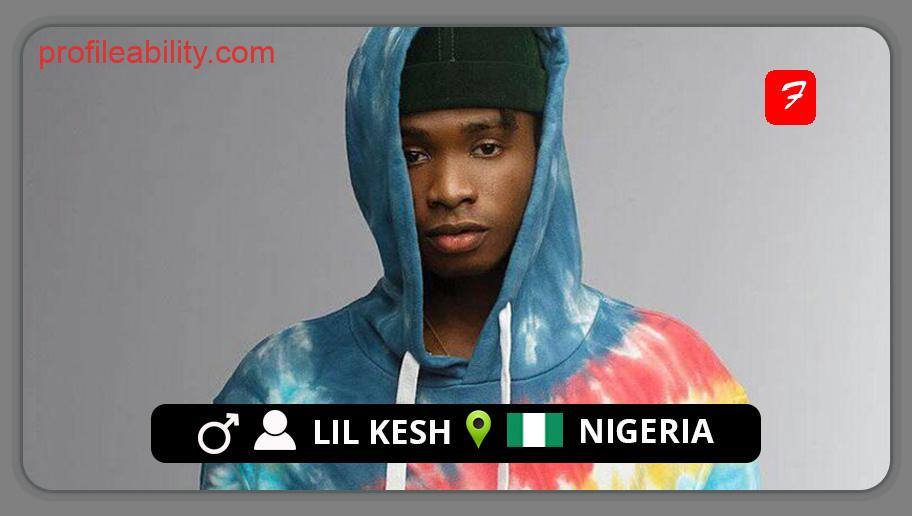 Keshinro Ololade popularly known on stage as Lil Kesh is a Nigerian rapper, singer/songwriter who was born in Bariga a suburb of Lagos State on March 17th, 1994. He attended Stockbridge College in Bariga, Lagos, for elementary and secondary school and was a linguistic student at the University of Ibadan before dropping out to pursue music as a profession. He is one of Africa’s most well-known and influential performers.

Lil Kesh’s flexibility and musical style are comparable to Olamide’s, who raps and sings in his own dialect.

In 2012, he began his musical career by rapping among his peers in Bariga. He published the track “Lyrically,” which proved famous among Nigerian universities as well as gaining him a contract with Olamide’s YBNL Record Label. However, Lil Kesh rose to prominence after releasing the smash track “Shoki” under the YBNL record label.

He was nominated for Best New Act at the 2015 Nigeria Entertainment Awards 2015. After his contract with YBNL expired, he founded his own record label, YAGI Records, an abbreviation that stands for “Young And Getting It.” Later, on March 17th, 2016, he released his first debut EP titled ‘’YAGI,” which is also the name of his record company.

Lil Kesh has a series of releases under his belt including ‘’Gbese’’, ‘’Ibile’’, ‘’Bend Down Select’’, ‘’Efejoku’’, ‘’Undertaker’’, ‘’All The Way’’ and has also featured with the likes of prominent artists such as Patoranking, Olamide, Davido, Duncan Mighty, Chidinma, Cynthia Morgan and others.