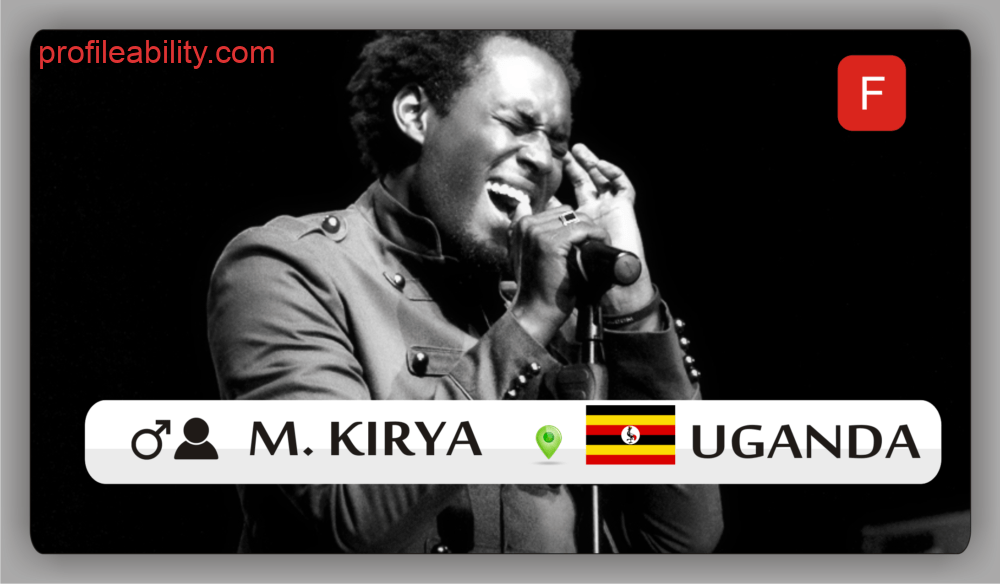 Maurice Kirya is the Radio France International (RFI) Discovery Award Winner for “Best New African Artist,” a musician who has created a very personal style that blends Afro-soul, hip-hop, and R&B rhythms. Maurice calls his music “mwooyo” which means “soul” in his native language of Luganda and is influenced by the beauty and unique spirit of his homeland, Uganda.

On his RFI-sponsored tour throughout West Africa, Maurice made appearances at the legendary New Morning jazz cafe and the Mixed Music Festival Angoulême in Paris as well as at various hot spots in Arizona, Washington DC, New York, and California. (Exact tour dates/locations TBA)

Maurice made his first American concert performance at the prestigious South by Southwest (SXSW) Music Festival in Austin, Texas in March 2010. He has been exclusively featured on The Africa Channel’s “Soundtracks @ Red Kiva” program. The show is taped live at The Red Kiva nightclub in Chicago. Africa’s most popular artists provide a variety of sounds from the continent on the show.

Maurice also runs a monthly show titled “The Maurice Kirya Experience” which showcases live acts from Uganda, the African continent, and numerous other parts of the world. The show has been credited for boosting the live music scene in Uganda since it exposes established and non-established live musicians and poets on a professional stage.

Maurice also acted in the movie “The Last King of Scotland” with Forest Whitaker who won the Academy Award for his portrayal of Ugandan dictator Idi Amin.