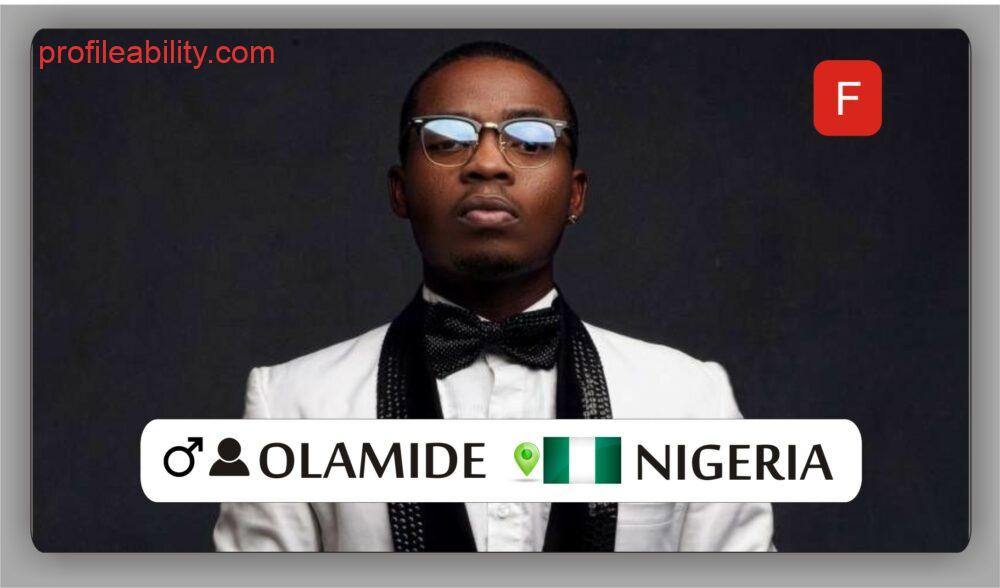 On the 15th of March 1989 a Star was born to the Adedeji family. He was named Olamide which literarily means “Wealth has come”. No doubt that name was given to the 22 year old more in hope than certainty, well ladies and gentlemen the prophecy has come to pass.

Olamide was born in Bariga, Lagos State. In 2000, he decided to pursue a career in music. When asked why music, he said: “I found out I was gifted in it so I had to explore it, it’s my life, my hustle, my world”. In 2010, Olamide performed at The Hip Hop World Awards. He studied at Tai Solarin University of Education. In 2011, he released his debut studio album titled Rapsodi.

Olamide’s second studio album, YBNL, was released in November 2012. The album’s production was handled by Tyrone, Samklef, 2 Kriss, Pheelz and ID Cabasa. It features guest appearances from Davido, Tiwa Savage, Kayswitch, Dammy Krane, Reminisce, Samklef, Buckwylla, Minus 2 and Base One. The album was supported by the singles “Ilefo Illuminati”, “First of All”, “Stupid Love” and “Voice of the Street”

On 17 July 2013, Olamide became the first Nigerian to sign an endorsement deal with Cîroc. On 24 October 2013, he signed a multi-million Naira deal with Guinness. In November 2013, he became an ambassador for Etisalat alongside Ice Prince.