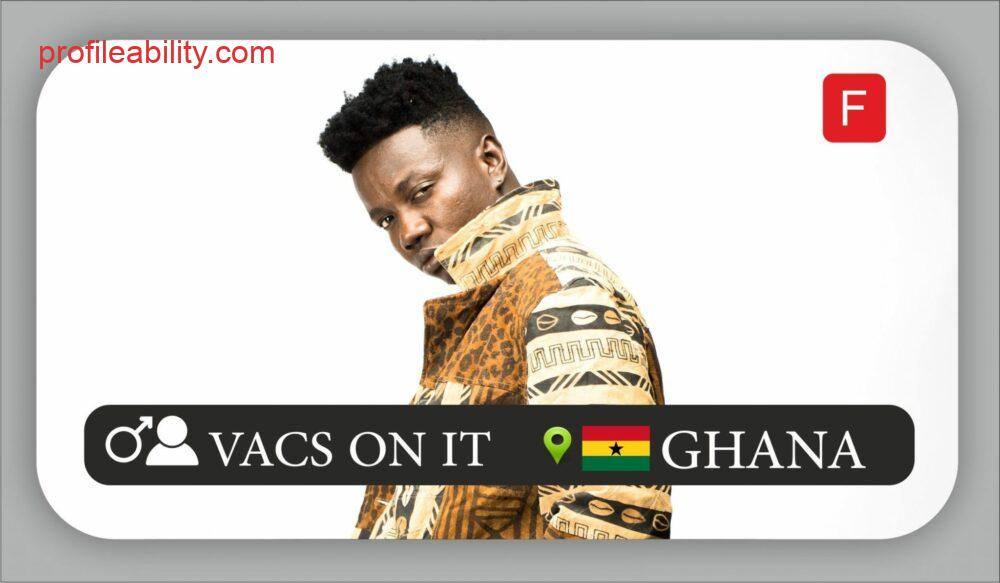 Vacs jingled with “Vacs onit” is largely a self-taught singer, music producer & engineer based in Ghana. His insatiable love for music started about a decade ago; playing the drums and keyboard in church, he began to explore sound production. Along the years he discovered and developed the art of singing, primarily to record vocals on the beats he produced. Through self-education and experimentation he began to mix his own songs, and has since developed over the years to do exceptionally well in that field.

Vacs’ most significant feat went down when he was singled out as one of the producers on MTN Hitmaker Season 3 in 2013. With nods from, ace presenter, Bola Ray and industry artistes and producers such as Okyeame Kwame, Hammer of  “The Last 2”, Raquel, just to mention a few, he started gaining attention.

Through his exceptional performance in the MTN Hitmaker series,  he secured many song placement deals with Farmhouse production,  the production company behind the Hit TV series “YOLO”.  His song “Somebody” is one of the favorites songs  in the TV series, and has since received massive airplay across radio stations in Ghana.

He has worked with industry Giants such as Sarkodie, Joey B,  Vvip,  Kwaw kese,  Magnom, just to mention a few.

He is the producer behind Kwawkese’s “Odo adaada me” ,DjLord’s “Sokolala”and is also credited and responsible for the mix of  “Grind”,  the hit single of Dj Vision ft AI.

Vacs is completely captivated by Highlife and absorbed by Afrobeats. Whether just for his own enjoyment or for public consumption, he likes to create beats or records to capture a likeness and sound in his mind. Regardless of the process during creation, the end result should be a true expression and observation in his mind’s eye.

He loves to talk about love, devotion and passion in his music. From time to time he varies his subject matter and style with whatever vibes he’s feeling; whether untamed party theme songs, braggadocio hip hop records, inspirational and reflective music, Vacs is up for that challenge.