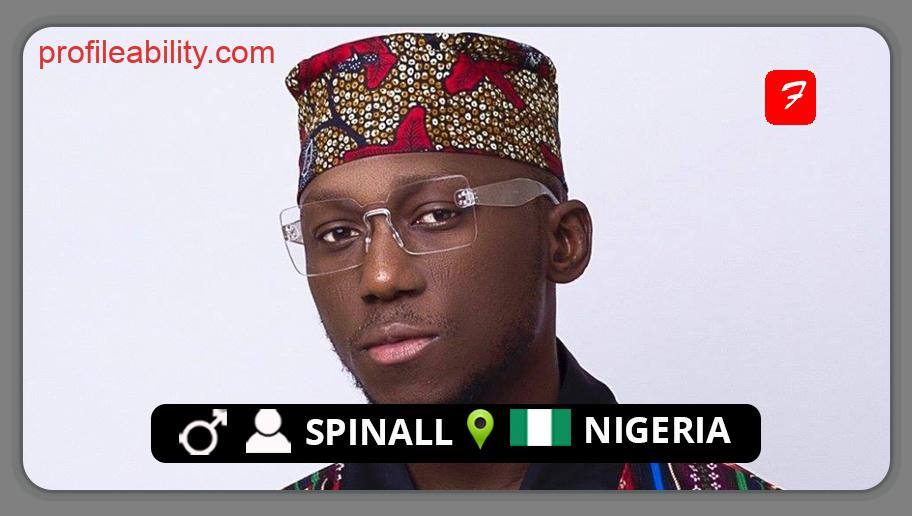 Sodamola Oluseye Desmond, better known by his stage moniker Spinall, is a Nigerian DJ who is well-known throughout Africa. He was born in Lagos on June 2, 1984, the third of five siblings.

He completed his basic and secondary school education in Lagos State before moving to Ogun State to pursue a bachelor’s degree in Electrical and Electronics Engineering at Olabisi Onabanjo University.

He not only appears to be wearing his trademark cap but has branded his style TheCAP, which fans refer to as “TheCrazyAzzParty.”

The DJ, producer, and songwriter is known for his long list of hit singles, his supreme prowess behind the decks as the first Nigerian DJ to tour Africa, the United Kingdom, and the United States, including appearances at Ends, One Africa, and the renowned Glastonbury Festival, as well as collaborations with Wizkid, Burna Boy, Davido, Wande Coal, Tekno, Tiwa Savage, Yemi Alade, and others.

By the time he launched his star-studded 2015 debut album, “My Story,” Spinall, also known as Top Boy, had a litany of mixtapes and collaborations under his belt. His strength as a hit producer was proven by smash songs like “Oluwa” and “Ohema,” and he went on to record a string of progressively popular albums on his label TheCAP Music.

With innumerable Nigerian and African accolades under his belt, he continued to grow globally, currently making power plays and connecting with the global market in an effort to grow his amazing network and continue to open up new ground for DJs from Africa, Spinall is moving mountains and shows no signs of slowing down.