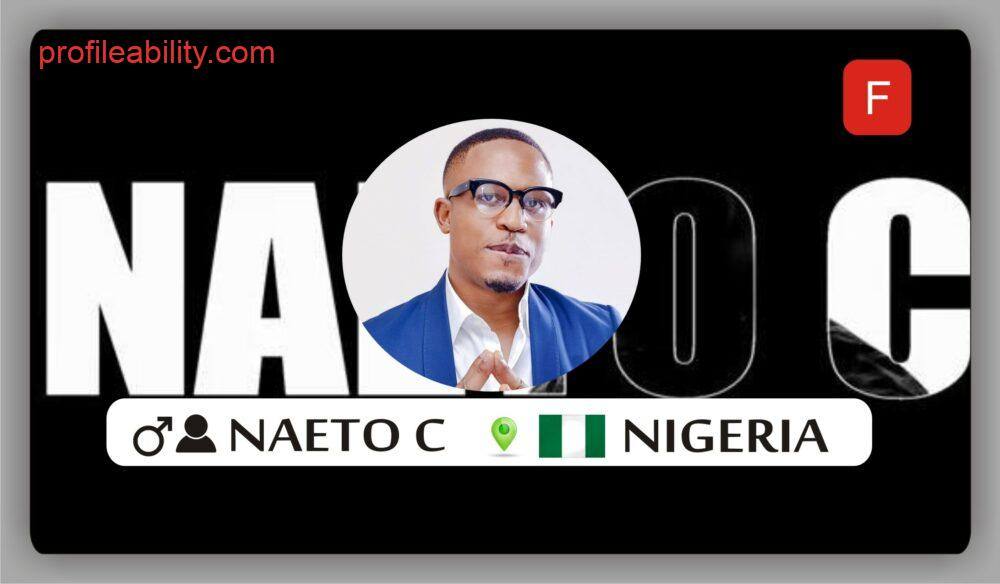 Naetochukwu Chikwe “Naeto C” was born on December 17th in Houston Texas. He spent his earlier years growing up in England and Nigeria within a household hugely influenced by music. His likeness for music grew fast and was articulated into other creative art forms, most specifically poetry, which took him to various competitions and earned him accolade as a young poet during his earlier years.

Naeto attended the prestigious Atlantic Hall Secondary School, Epe Lagos and later moved to the United States of America to further his higher education in SUNY Old Westbury and a year later, George Washington University. While in the states, Naeto linked up with Uzikwendu and his brother, Ikechukwu, an up and coming Hip Hop artist out of Washington Heights, NY. The trio formed the World Famous Akademy, an aspiring Record Label but most importantly they developed a bond of brotherhood between them and became very close friends.

While in the States, Naeto C recorded over 40 to 50 songs as a solo artist and about 25 songs with the World Famous Akademy as a group. He graduated in 2004 with a B Sc. in Biology.

His original intention was pursuing a professional career within the medical field but like most creative artists, “”Naeto C”, opted to drop the medical career path and follow one that would be more accommodating to his creative side. His budding sense of self-employment, being an entrepreneur and his numerous business ideas were catalysts to making a career change, however, furthering his educational background still remained a priority.

Within this period, Storm Records had expressed interest in signing the World Famous Akademy having heard their material on a local radio station. Coincidentally, one of the co-owners of Storm, Obi Asika, was an older cousin of Naeto. Years prior to Storm indicating interest in the World Famous Akademy, Naeto had already played earlier material of himself and his group to Obi.

After receiving Obi’s message from South Africa about signing the World Famous Akademy trio, Naeto notified the rest of the group and introduced Ikechukwu to Obi over the phone and in person in December 2005. A year later both Naeto and Ikechukwu would return to Nigeria at the beginning of 2006 and Ikechukwu would release his debut album titled “Son of the Soil”, laying the foundation for “Naeto C” and the World Famous Akademy.

While in Nigeria, Naeto got admission into University of Hertfordshire, to pursue a Masters in Biotechnology. Having found the ideal recording home that would provide the flexibility to nurture a career in music alongside a Masters program in the UK, signing a record deal with Storm was a perfect match. Working as an in-house producer; with his newly discovered production team; “ET-Quake” (Consisting of TY Mix and VC Perez).

The phenomenal success of his debut album titled; “You know My P” in 2007 proved to critics beyond all reasonable doubts that Naeto C came into the business with so much to offer It is still one of the best selling hip hop albums in Nigeria till date. His first single off the album “Sitting on Top” a classic piece of work, with a delightful video to go with it, Sat on the charts from Soundcity to MTV Base for months. He also shot a video for his next single “You Know My P”. As a producer, Naeto was able to display his production skills working with Storm artists like Sasha, Dare Art-Alade, GT the Guitarman, Disconnect, Saro-Wiwa and Nkiru. Within a year of working with the aforementioned artists, Naeto had successfully recorded over 60 songs including his most recent album material (a bulk of which he co-produced with ET-Quake). A notable production achievement is the “I Believe” song Naeto wrote and co-produced with VC Perez (member of ET-Quake), which features himself, an up and coming R&B/Gospel artist, Sheun and the Legendary Hugh Masekela from South Africa. Within the same year Naeto garnered a lot of experience performing at major shows like; the Channel O awards, I Believe Tour to Always promo tour with Sasha, and at the 2008 MTN Homecoming Concert.

Naeto released his third single, “Kini Big Deal” and it ruled the charts, clubs and everywhere else for a very long time. Due to demand for Naeto C, he performed at shows like The Thisday Music Festival after parties in both Washington Dc & London and The Nokia Face of Africa event in South Africa. He also performed at the Opening of Big Brother Africa and Rhythm Unplugged 2008. He was also honoured by his former school, Atlantic hall for his outstanding achievement in the Nigerian entertainment industry and as one of the most successful people to graduate from the school. He was named an ambassador by the school.