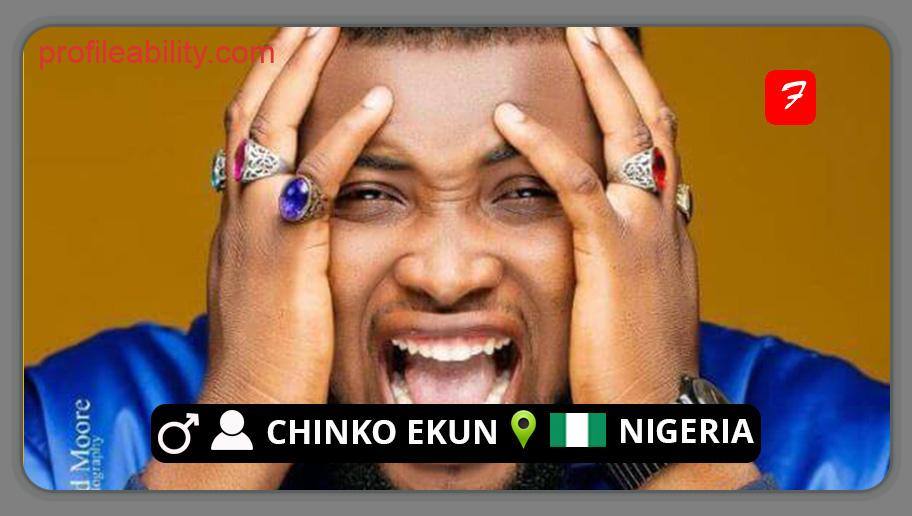 Chinko Ekun who was born Oladipo Olamide Emmanuel on September 13th, 1993 is a Nigerian rapper and songwriter from Ikare in Ondo State, Nigeria. Chinko was raised in Ikotun a town in Lagos StateHe began his schooling at Blessing Nursery and Primary School in Oshodi, Lagos State, and then transferred to Remade Nursery and Primary School in Igando, Lagos State. He had his secondary education at Baptist Model High School in Ijegun, Lagos State, and he graduated from Obafemi Awolowo University in Ile-Ife, Osun State, where he studied law.

In 2011, Chinko launched his music career and releases his first hit single ‘’Ekun’’ later in 2013. However, in 2014, he appeared on three separate tracks in Olamide’s “Street OT” music album, including “100 To Million,” “Bang,” and “Usain Bolt.” He also participated in Olamide Live in Concert (OLIC) that same year in Lagos.

He got signed to Olamide’s YBNL Nation in 2015 and on February 25 he officially released his debut singles ‘’Alejo Oran’’ and ‘’Emi Na Re’’ under the record label. After his contract ended a year later, he and label mates Adekunle Gold and Viktoh left the label. In 2017, he signed with Dek-Niyor Entertainment, a Dubai-based musical company. Following his signing with Dek-Niyor Entertainment, he also released ‘Shayo’ with Dremo and Falz.

On September 13, 2018, he released “Able God,” a single with Zlatan and Lil Kesh. At The Headies 2019, he received his first Headies award for “Best Street Hop Artiste.” During the 2019 City People Music Awards, the song was nominated for “Popular Song of the Year and was named “Street Song of the Year.”

Ever since his breakthrough, Chinko Ekun has been featured in a number of songs including Jahbless’ ’69 Missed Calls,’ which he co-wrote with Olamide, CDQ, Lil Kesh, and Reminsice. Drew’s ‘Disrespect,’ which features YQ and Eva; YBNL’s ‘Shoro Niyen,’ which has Olamide, Viktoh, and Lil Kesh; and DJ Enimoney’s ‘Gapa,’ which features B Banks and CDQ.

CHINKO FT MEDIKAL GIVE THANKS [ VISUALS ]