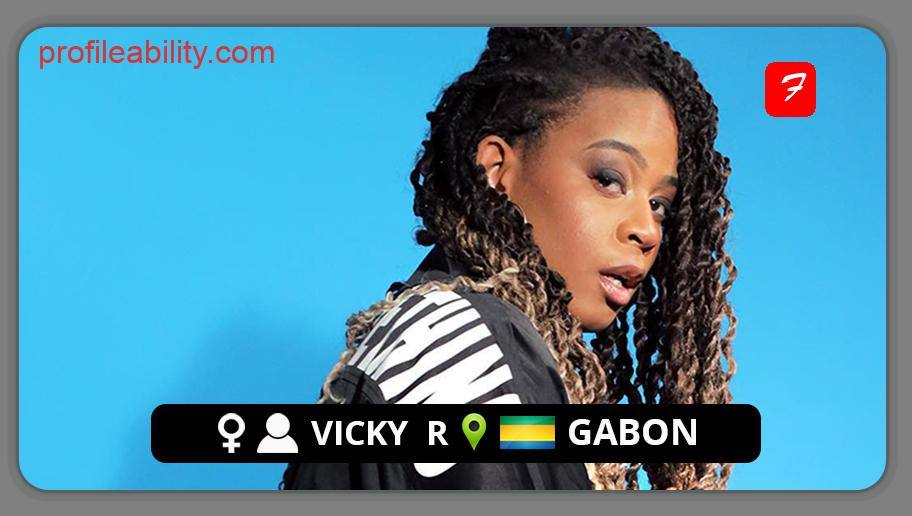 Vicky R, whose actual name is Victoria Rousselot Azizet Désirée Anne, is a Gabonese rapper, vocalist, and beat composer who was born on August 19, 1996, in Libreville, Gabon, but currently resides in Lille, France. She’s signed to The Node Music at the moment currently.

Vicky R began her studies in Libreville and moved to France with her family in 2008. She grew intrigued about music after one of her cousins, Edan Ngomo, introduced her to a recording studio for the first time in 2008.

She learnt the essentials of beat creation and began a musical career at the age of 12 after being acquainted with the world of music. She met Owoninho, a producer with whom she released her debut track, “Leggo,” in 2013, after performing many freestyles and demonstrating a genuine desire to progress in music.

Soon after, she became well-known, and in the same year, she released songs like “T’es pas fait pour” and “Sabado,” which featured J-Rio.

Between 2018 and 2019, she took part in several scenes of new talent discovery in Paris, eventually appearing on Deezer’s mixtape La Relève in October 2019 and signing a record deal with Believe Digital.

Vicky is still working on her music today, but she is more confident than ever that she will achieve her dream.