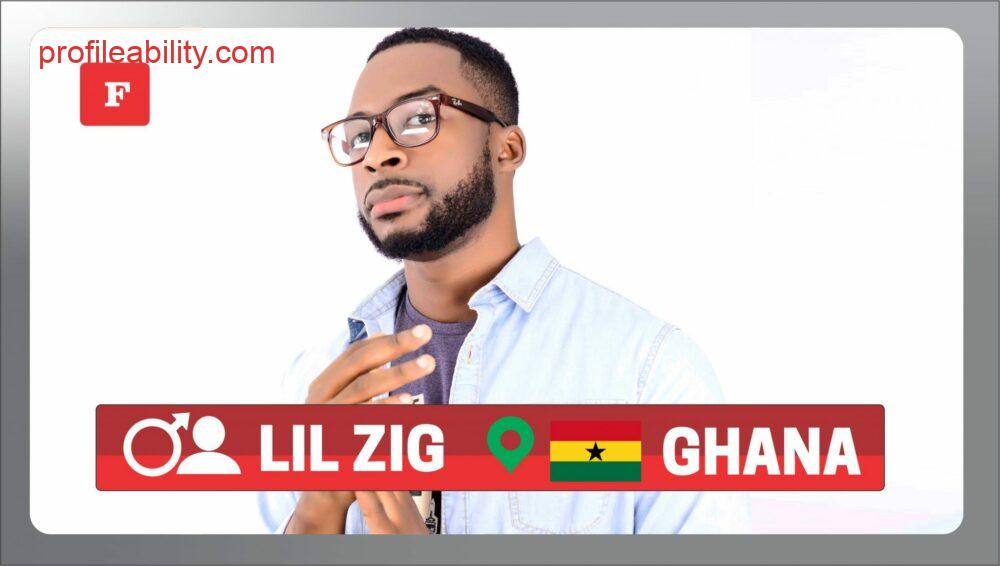 Franklin Attakora Boateng is the real name for Ghanaian urban gospel artiste Lil Zig whose main objective is to draw the youth closer to God through Christ using their individual gifts.

Lil Zig who has been living all his life in Tema completed his secondary school education at the Kumasi Anglican Secondary School and continued to pursue Public Relations at the University Of Professional Studies (formally IPS).

He Started his music career in 2010 but got serious in 2012, Lil Zig has released a couple of singles which has really announced his presence in the urban music fame and Ghanaian music at large. Songs such as OJOE, HYE NKOM, END OF TIME, AGONGON, ADONIJAH MUST GO amongst others including hit collaborations like “SOTK” as well as “Broken Chains” with Nii Soul has really helped propagate his idea, even when you don’t understand the Twi language you would understand Lil Zig when he minister.

Lil Zig is the founder of Acid Rain Entertainment, a record label which grooms talents for the Lord. Acid Rain originated from acidic rainfall which is a rainfall that destroys every germinating crop or plant, the aim is to destroy whatever is coming up in the enemy’s name through music.

Lil Zig has also initiated a street movement called “InTown4Christ” whose major aim is to win lost souls for Christ. This occasional visit to the street has been over the years been very successful and had also gotten help from fellow urban musicians making it more interesting and more souls are been won.

According to Lil Zig, his greatest challenge in this musical journey is for the church to fully accept urban music as another tool for winning souls and investing in it. He, therefore, urges all to come together to win souls for Christ as his second coming is very close.

Popularly Song of the Year – Ojoe

Artiste of the Year

Popular Song of the Year – Adonijah Must Go

Male Lyricist of the Year

Artiste of the Year

Male Lyricist of the Year

Lil zig surprises his biggest fan at her wedding

Lil zig OGUAMA NE MOGYA on the streets of paris