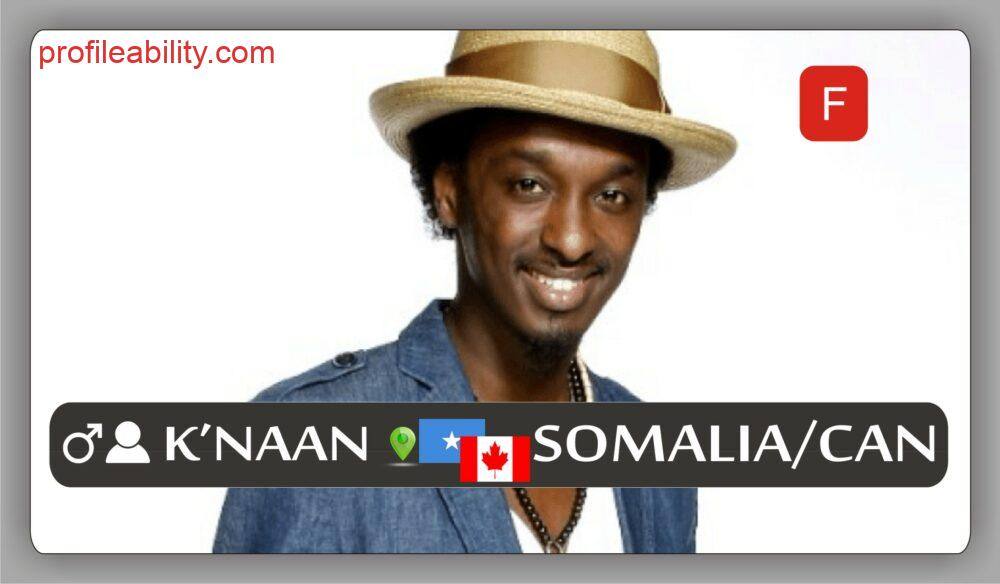 Keinan Abdi Warsame better known by his stage name K’naan, is an African poet and musician from Mogadishu, Somalia.

Music became an interest to K’Naan at an early age, when he was influenced by rappers like Rakim and Nas. He also gave credit to Nas’ record, Illmatic, for being one of the reasons he picked up the English language and began the success of music.

Somalia had one of the longest colonial wars in Africa, in which they fought for freedom for over 22 years. for the early part of K’Naan’s life, he fought to stay alive and not become a victim of the rebel societies in the streets of Somalia. He also spent a lot of his time listening to different hip-hop records that his father would send him from the US.

At the age of 13, he and his family migrated to New York to stay with the family they had out there. K’Naan then moved to Toronto, Canada, where he currently resides. K’Naan began to practice the English language more and more and once he became familiar with it, he began rapping and music. His music career began in high school where he chose not to continue with school and pursue music.

In 1999, K’Naan was given a chance to perform at a concert given for the 50th anniversary of the United Nations. K’Naan. whose music is very cultural and opinionated, took the platform and grabbed the opportunity to publicly ridicule the United Nations for their poor way of handling the Somali crisis in the 1990s. Unafraid to speak his mind, K’Naan was spotted by a Senegalese artist, who was impressed by his performance of K’Naan, in which he was given the opportunity to tour the US in 2001.

In 2005, K’Naan came out with his first album, “The Dusty Foot Philosopher.” This was an album that talked mainly about the struggle he faced in Somalia with family members who became refugees and his fight to make it out of the slums of Somalia. Songs like “Struggling” talked about the tough lifestyle and circumstances he went through just to survive.

K’Naan released his second album, “Troubador,” in 2009. This album contained one of the most popular songs across the world, “Wavin’ Flag.” K’Naan was given the opportunity to perform this song at the opening of the world cup in 2009. Wavin’ Flag became a national song and a worldwide anthem across the globe. The song gives you the ability to represent the country that helped pave the way for your success. Through the song’s success, K’Naan was also able to raise a few million dollars for Haiti and its relief efforts. K’Naan’s newest album, “Country, God or the Girl,” was recently released a month ago. The album features artists like Nelly Furtado, Will.i.am, and Nas, an artist that helped him start his music career.