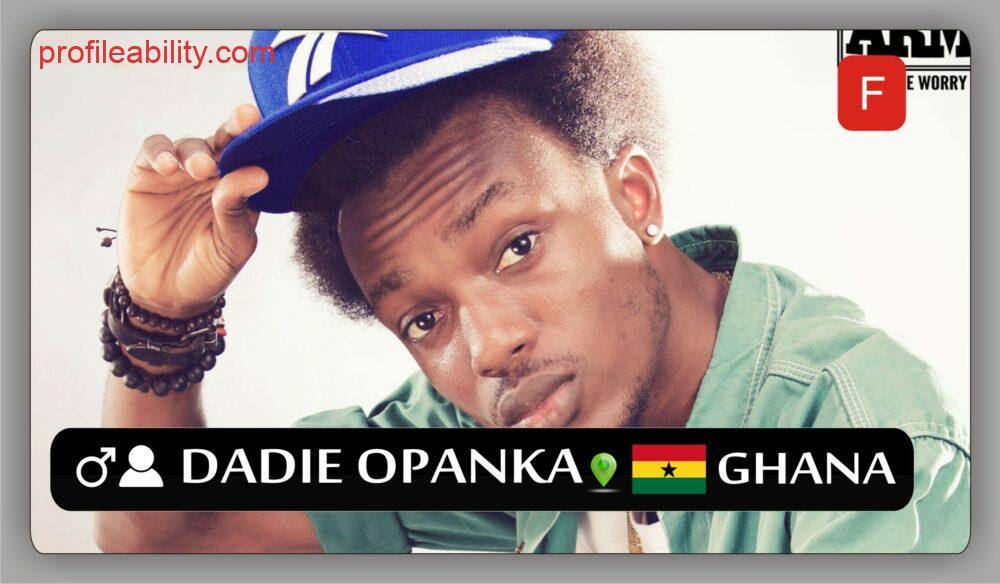 Dadie Opanka born Armstrong Affum, but popularly known by the stage name Dadie Opanka, is a Rapper, Performer, Poet, Composer, and Songwriter from Tema, Ghana. Arguably Ghana’s Nō 1 Rhymer by Fans & Critics, he became popularly known Nationwide for a freestyle he did on Bradez’ song “Simple” which went viral and he later followed up with his official single “Taste” which also became an instant hit and “talk of the town”, and up till date, he’s the only Ghanaian with the Most Popular Freestyle Cover.

With the Fandom “Opanka-Army”, he’s rated 1 of the Top 5 Ghanaian Musicians with the most interactive Fans by some bloggers and with almost 300K Facebook likes 22K+ Twitter followers, and about 10K Instagram followers he’s rated 1 of the Top Ghanaians with Strong Social media influence. He’s collaborated with most of the Ghanaian top musicians and even 1 of the collaborations he did with Kwaw Kese “Popping” won the “Best Hip-hop Song of the year” at the Ghana Music Awards (2012). He’s performed on bigger platforms nationwide, like the Ghana Music Awards, etc., and also performed on the same stage with Super Stars like T-Pain, Mavado etc. He’s released 2 Mixtape Albums (Definition of T.E.M.A and Born Again) and currently working on his debut Album entitled “AKWAABA” (Welcome).

To survive in Ghana is a miracle 😳

Ghanaian Rappers love punch!ng without making SENSE except this Rapper 😳👉

This is how to "KILL" DJ Khaled's GOD DID Freestyle 🔥🔥🔥

In Ghana, only stupid dreams manifest in reality not good dreams 🤦‍♂️

How some people survive in Ghana is a miracle 😳 3ny3 B3t33