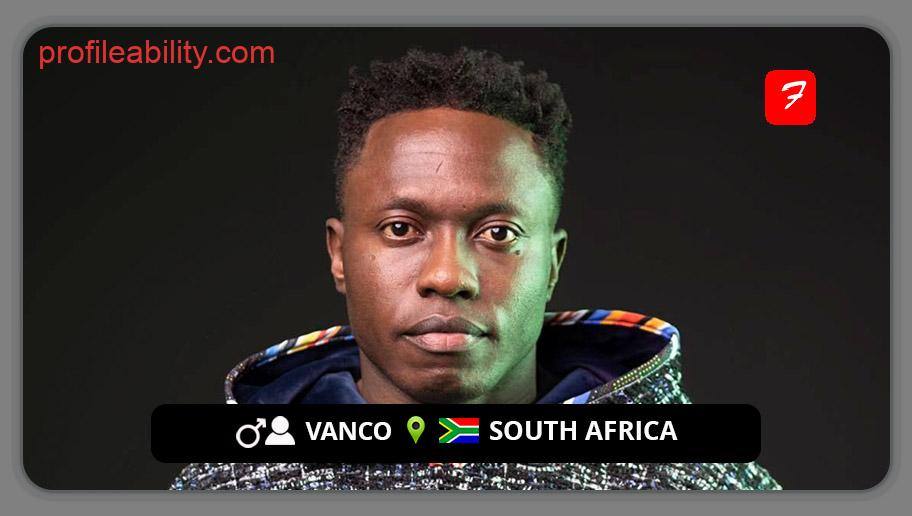 Johannesburg, South Africa-born DJ and producer Vanco, is known for his eclectic style. Vanco is a musician well-versed in the dance music genre, giving his songs an African flair.

His creations commence with powerful baselines and thundering percussion as a base, with lovely voices and an unmistakably African flavour intermingled. Since he entered the scene in 2015, he has enthralled and electrified audiences all around the world.

Vanco has performed on stages alongside artists like Black Coffee, Bob Sinclar, Black Motion, Da Capo, DJ Angelo, Themba, Djeff, Dj Shimza, DJ Fresh, Pablo Fierro, and Boddhi Satva, to name a few. His tracks have received positive reviews from a wide audience and have smashed dance floors and festivals all over the world.

His work continues to establish his reputation as he travels the globe, honing his art while in Europe, Asia, the Middle East, and Africa. His music ignites listeners all around the world with its rhythmically intertwining percussion beats, strong baselines, and sultry vocals.