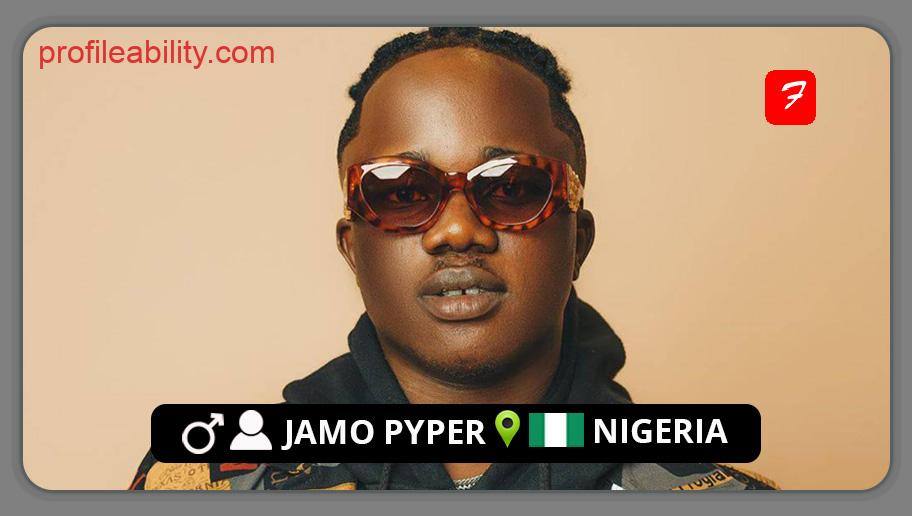 Jamo Pyper otherwise known as Jamo Wire is a Nigerian afro-pop/hip-pop singer, songwriter, and rapper who was born in Lagos on October 20th, 1995. He hails from Oyo state in Nigeria, he primarily sings in Yoruba. Jamo is presently signed to Zlatan Ibile’s Zanku Records alongside Papisnoop and Oberz.

He gained massive attention and ascended to stardom when he collaborated with Zlatan Ibile and Naira Marley in his song ‘’Omode Meta’’ in 2018. He also released another track, ‘Josi’ in 2019 which featured Chinko Ekun and Zlatan.

Jamo Pyper’s “If No Be You,” released in 2020 which featured DMW’s Mayorkun, became a chart-topping hit and received millions of views on various streaming platforms. The blockbuster hit also introduced a new dancing routine that quickly went viral on Instagram. That same year, he worked with Rahman Jago and Zlatan Ibile on a song called “Of lala,” as well as Brime Dave on “Give Me Love.”

Several of Jamo Pyper’s tracks have been on MTV Base’s list of the “Top Ten Street Anthems.” Jamo Pyper was nominated for Rookie of the Year at the 2020 Headies. Based on his accomplishments in the music industry, there is little question that he will be receiving larger and better accolades in the near future.

In one interview, he stated, ‘’he is pleased about the depth his music career has taken, has a lot of songs coming out, and trusts in what his team has set up for him.” ‘’The competition may be fierce, but I am focused on becoming better and creating excellent music.”

Watch My Full performance at the 14th Headies