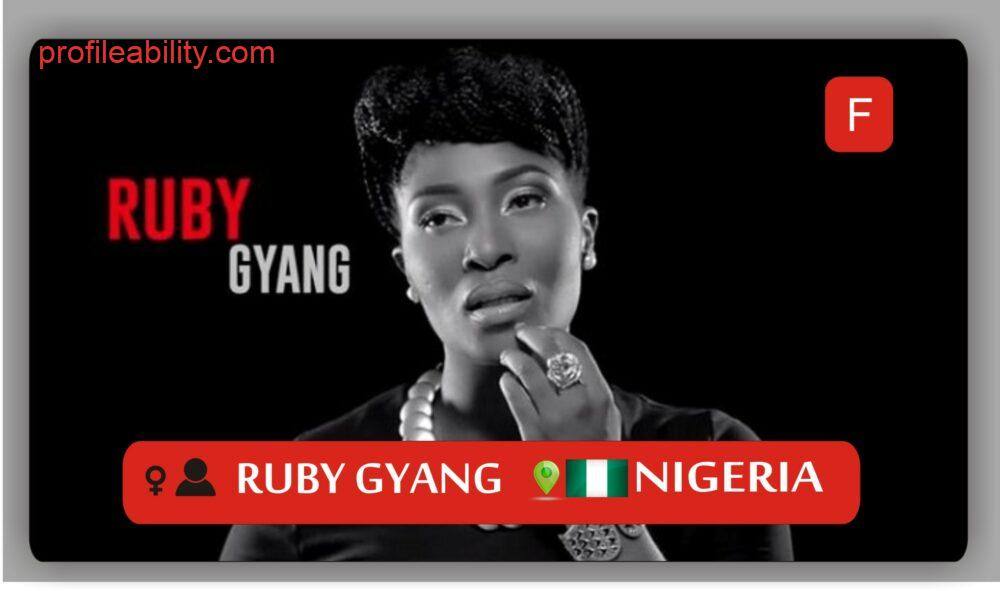 Ruby Gyang is the first lady of Soul and R&b at Chocolate City Music.

Formerly signed to Loopy Music, Ruby moved to Chocolate City following an internal merger of both companies in April 2015.

Ruby is best known for her five octave range and her breakout singles Okay, Down and Good Man.

Her soothing vocals, distinct style of songwriting and stage charisma allows the Benue native to mix the genres of Soul, R&B, Tribal House and Afrobeat effortlessly to create a sound that is exceptionally pleasurable.

In recognition of her talent and vocal prowess, she was chosen personally by the Legendary Youssou N’dour to perform a duet of his song 7 seconds on the 24th of February 2014.

Described as a songbird that is constantly pushing boundaries in her music and stage performances, Ruby is highly sought after by other musicians who regard her as the perfect hook singer.

This is evident in her various collaborations with the likes of Iceprince, MI Abaga, Naeto-C, Mode 9, Khali Abdu, and the rock band ThreadStone.

Ruby Gyang is incredibly passionate about child development, art development and gender advocacy. She also plans to establish a foundation that supports the development of the girl child.