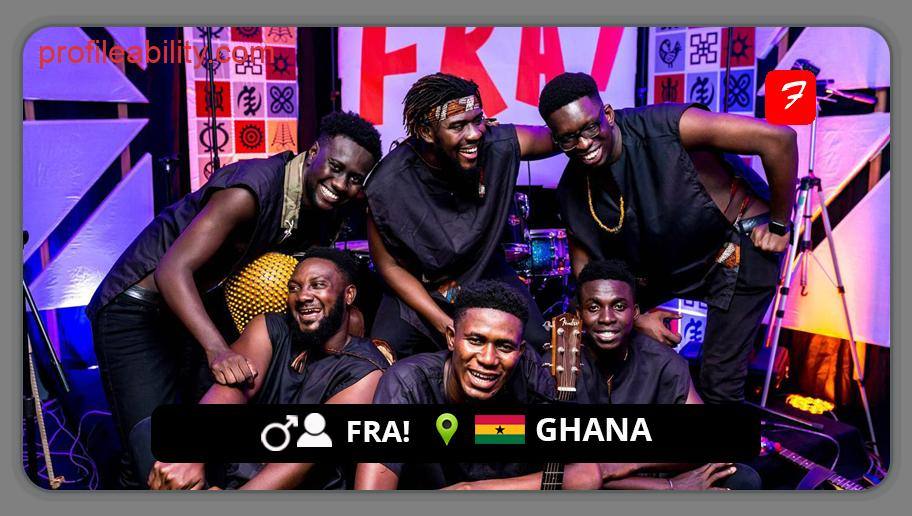 The FRA! band is a Ghanaian music group that was founded amid the blistering heat of Accra with the goal of redefining live Afrocentric music on the continent and beyond.

A group of young musicians from various origins who are connected by one language: music. The term “Fra” is drawn from the Akan word “mix,” which is an equivalent depiction of the fusion components prevalent in their music.

Formed in 2015, the band started out by performing covers of songs by various artists during shows. The band has worked with several music groups, institutions, and personalities in the entertainment sector, both formally and informally, over the years, all of whom can attest to their work ethics and musicianship.

Technical skill, lyrical phrasings, witty lyricism, and progressive foundations based on our Afrocentric history are all hallmarks of the band’s music. The band’s distinct style has earned them invitations to perform at events throughout the globe, including Spain, Morocco, and Tanzania.

From afrobeat to highlife to afrofunk, FRA! stands for startlingly new sounds blended with danceable and pleasurable feel-good music! A high-energy band of youthful musicians with addictive tunes that make the audience dance from the first few seconds on stage.

Marvel Onah, better known by his stage name Rehmaz, is a Nigerian Christian hip hop and Afro-gospel recording singer and music producer (CEO of Tronomebeats). The Middle Belt rapper, who hails from Benue State, Nigeria, has battled with his ministry,...

I GO DEY 4 U (Official Video) by The Band FRA! ft. Six Strings