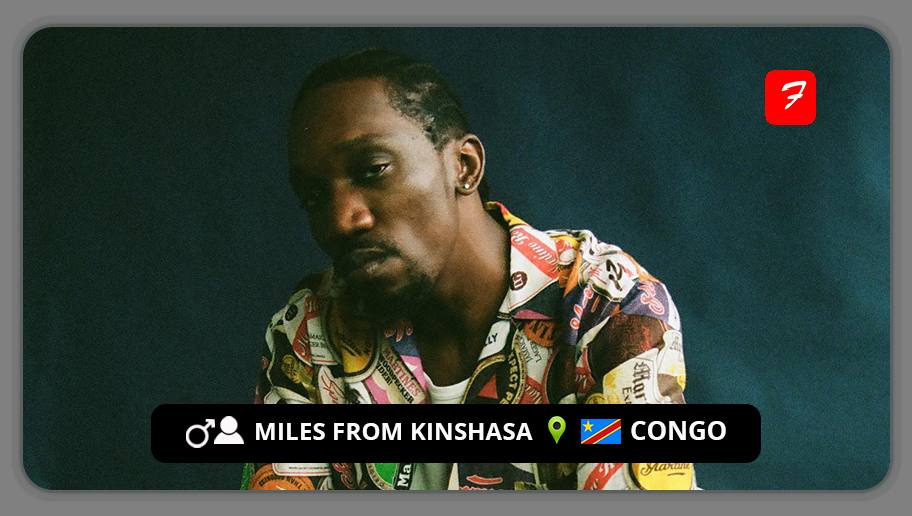 Born in the DRC and raised in London, with time also spent in France, Miles from Kinshasa is set to soar to new heights with his avant-garde music.

Reminiscing on a childhood spent immersed in music, he recalls how his life has embraced many different cultures, which are now portrayed in his vivacious lyrics and easygoing melodies. He has, nevertheless, been on a quest to express his creativity to its fullest and discover a sound that is authentic to him, as is the case with many third-culture youngsters. And now he has shown up.

Despite the fact that Miles has finally established his rhythm, it still feels as though he has a lot more to say and is only scratching the surface of his concepts. So be alert because, in the words of Miles from Kinshasa, “I’ve only just begun showing people exactly how large my universe is,” stay on your toes.

Miles from Kinshasa - This Side (Official Music Video)

Miles from Kinshasa - This Side (Visualiser)

Miles from Kinshasa - Lookin' 4 U