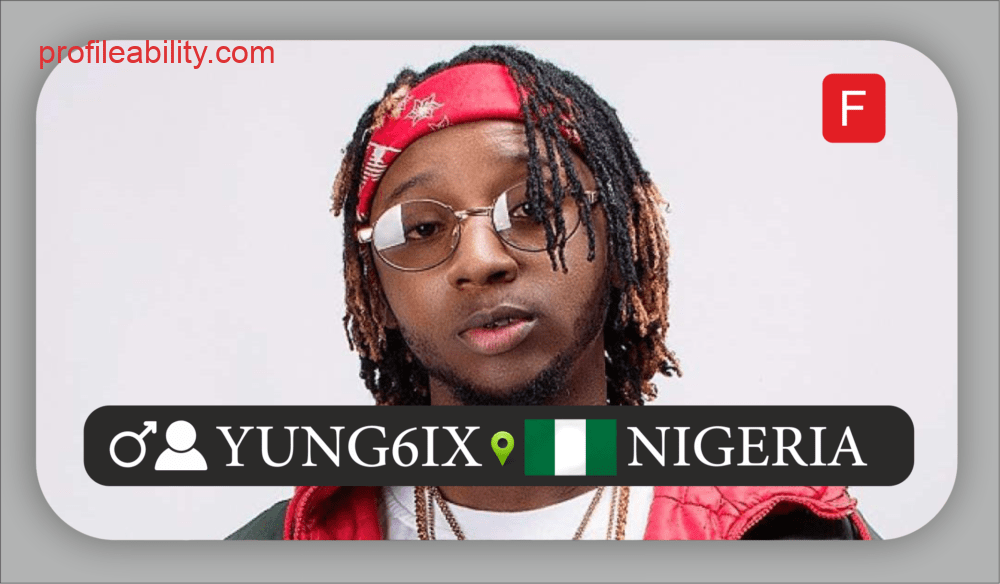 Onome Onokohwomo is the real name of Nigerian rapper Yung6ix born on the 8 of July 1989 in Warri, Delta State where he was also raised.

He grew up as the oldest child in a family of five and took a strong interest in music at a young age. While a student at FGC Warri, he engaged himself in rap battles and developed a friendlier relationship with like-minded students, which led to the formation of the hip-hop group G-Squad.

He has revealed that the very first song he recorded at school was used with his WAEC lesson fee to pay for the instrumentals and each day he treks from school to studio for close to 2 hours or more.

After graduating from high school, Onokohwomo relocated to western Nigeria to pursue a career in music and enrolled at Oduduwa University. He derived his stage name Yung6ix from his high school nickname “6ixty”. Shortly after he moved to Lagos, he continued to record music; his song “I’m an African” captured the attention of A&R Gbemi Ereku, who signed him to his 411 Entertainment Company in 2009. In 2010, he began to attract media attention after his cover version of “Oleku” went viral on the internet.

As a multiple award-winning Nigerian afro hip-hop artistes, Yung6ix released his debut album titled “6 O’ Clock” in 2014 and it spawned the hit singles “Notice (One Tweet)”, “Kpansh” among others. The album featured Yemi Alade, Phyno, Olamide, Ice Prince and M.I.

Yung6ix has been nominated for countless awards in Nigeria and across Africa, including the “Lyricist on the Roll” award at the Headies Awards.

He released this extended play titled “Billionaire Ambitions”, the E.P is led by the hit single “Blessings” which features Oritse Femi and gained over 200,000 views on YouTube since its release.

Yung6ix has been dubbed the next big thing in the African hip-hop scene by critics and music enthusiasts.