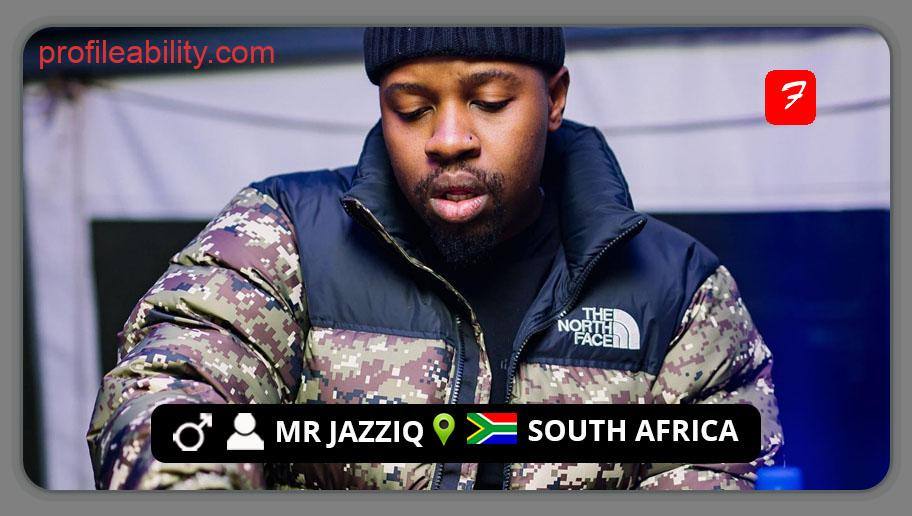 Tumelo Manyoni aka Mr JazziQ sprang to prominence as one half of the South African Amapiano DJ/producer duo JazziDisciples, who recorded a string of hits on the dancefloor and on streaming platforms.

The skilled DJ was born on March 3, 1995, in Nelspruit, South Africa, and was nurtured by his grandmother in Alexandra while his parents stayed in Johannesburg’s northwestern suburbs. Highlands North Boys High School was his alma mater.

He began his DJ career when he was fourteen years old, and he began producing when he was sixteen years old. He began creating several kinds of music before teaming up with Josiah, who was also producing amapiano at the time of their cooperation.

He debuted as a solo artist in 2020, releasing his debut EP, ‘’0303,” which has had over 3 million streaming and has the smash single, “Moonchild Sanelly performs “Askies.” Ulazi, Zlele, VSOP, and Sithi Sithi are some of the songs that have been released “(from the Ama Roto album) and (from the Ama Roto album) followed, all of which have achieved gold (and counting) streaming status.

Mr JazziQ is widely regarded as an Amapiano pioneer, both in terms of production and A&R (through his Black is Brown label), and is ready to take the genre globally.

Soft Life - Tembisa edition ✨ which city are we coming to next?

Mr.JazziQ - Party With The English Launch with the whole Amapiano Industry

Life Of The Party

Port Elizabeth was too lit. PartyWithTheEnglish or what!!